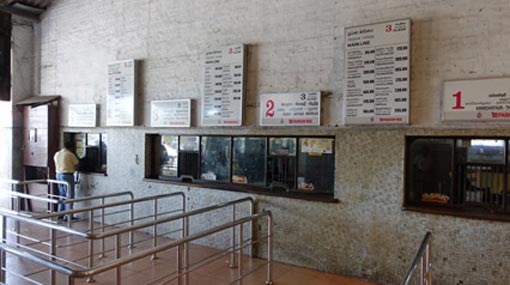 Accepting cash for tickets over the counter at Railway Stations has been stopped until further notice, stated the Sri Lanka Railway Station Master’s Union.

Further, accepting parcels for transport has also been stopped, the Union further said.

Considering the spread of COVID-19, the Union stated that this decision will be in effect from 12 noon today (17).

If a Station Master of a Railway Station becomes infected with the virus, the relevant Railway Station will have to be quarantined, the Union pointed out. In order to avoid any inconvenience caused by this, direct issue of train tickets and accepting of parcels have been halted, he said.

However, this would not impair the role of the Station Master in the operation of trains.

Meanwhile, Station masters will be on duty to overlook the operation of all trains and no station will be shut down, further said the Union.