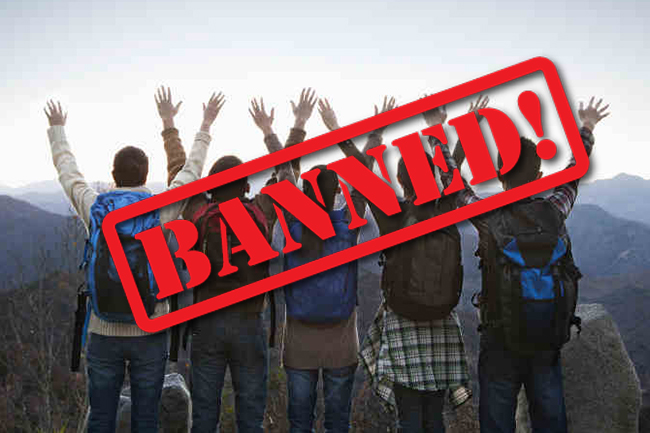 The government has banned leisure trips, pilgrimages and tours within the country with immediate effect until further notice.

President’s Media Division (PMD), issuing a communique in this regard, stated that this decision is coming into effect as a preventive measure to protect the general public from the risks of coronavirus outbreak in the country.

Despite the advisories issued by the government that public congregation can lead to the further spread of the virus, reports have been received that foreign and local tourists are travelling the country in groups, the PMD said.

The communique urges the public to refrain from engaging in such excursions.

The government has also urged the compliance with the instructions given to maintain a distance of at least one meter with other individuals in public places, including inside buses and trains.

In order to maintain social distance, buses and trains are allowed to carry half the estimated number of passengers that can fit in.

The government has issued an adequate number of essential food items and other goods to Sathosa and co-operative shops in the country.

These shops have been advised to distribute these food items and goods to the general public without causing any inconvenience to them.

In the meantime, the government will announce the time of re-imposition of the island-wide curfew on Sunday (22). An island-wide curfew will be imposed from 6.00 pm today (20) until Monday (23), to minimizer public movement as more people in the country are tested positive for the deadly virus.