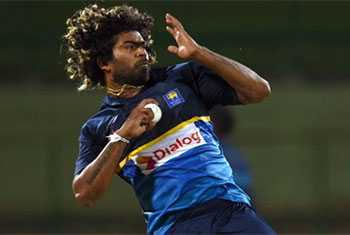 Malinga to fly back home after Bangladesh game

The Sri Lankan cricket board announced Tuesday that fast bowler Lasith Malinga would leave for home after the team’s third game in the World Cup against Bangladesh due to a death in his family.

“Lasith Malinga will leave the team following Sri Lanka’s World Cup Game against Bangladesh, which will be played today, as his Mother-In-Law has passed away.”

“He is expected to join the team, before the team’s next CWC19 game, which will be played against Australia on 15th,” the SLC statement said.

Sri Lanka faces Bangladesh in a must-win game for both teams on Tuesday.

The 35-year old is expected to join with the team in England before Sri Lanka’s next match against Australia which is scheduled to happen on 15th June.

Sri Lanka, playing three matches so far in the tournament earned one point in a rain washed encounter against South Africa.

They will have to defeat Bangladesh in order to be alive in the competition.