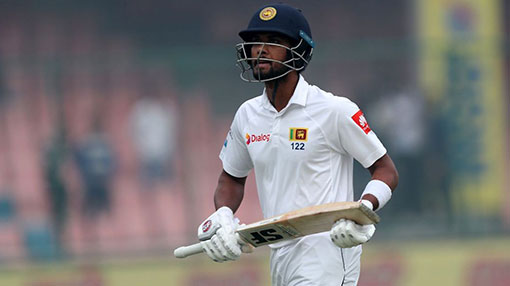 Sri Lanka’s national selectors have announced the 15-member squad to play the first Test match in the home series against New Zealand.

Former captain Dinesh Chandimal has been recalled to Sri Lanka’s squad for the first Test against New Zealand in Galle from August 14, after being left out of the tour of South Africa earlier this year and then the World Cup because of poor form.

The selections were made out of the preliminary squad of 22 players, which was approved by the Minister of Telecommunication, Foreign Employment and Sports Harin Fernando, SLC said.

The 01st Test Match will commence on the 14th August, 2019 at the Galle Cricket Stadium.

The National Selectors have chosen the following 15 member squad to play the 01st Test Match vs New Zealand: