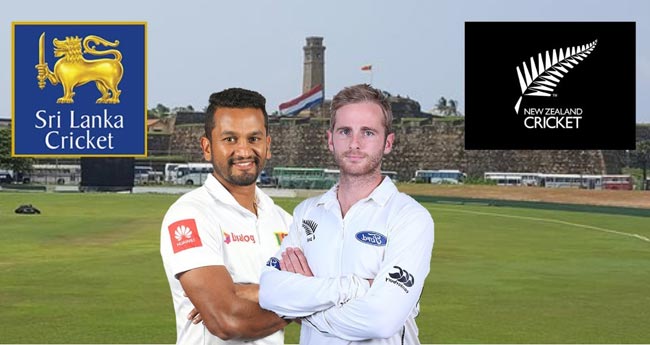 NZ to bat first against SL in Galle test

New Zealand skipper Kane Williamson on Wednesday won the toss and elected to bat in the first Test of the two-match series against Sri Lanka being played at the Galle International Stadium.

The Black Caps have left out Neil Wagner, Colin de Grandhomme, Todd Astle and Tom Blundell from their playing XI while Sri Lanka have not included Dinesh Chandimal and Vishwa Fernando.