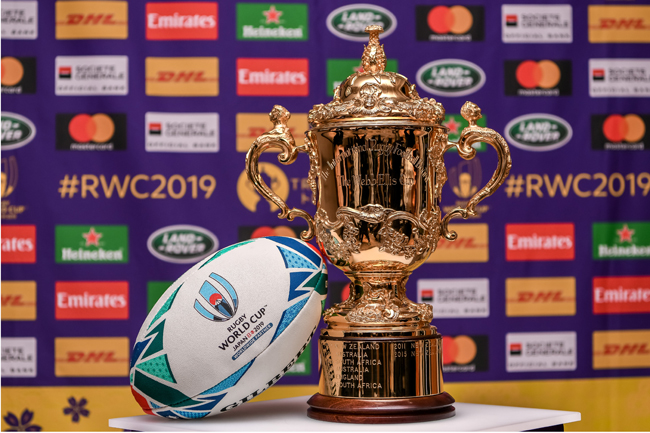 The build-up to Asia’s first Rugby World Cup takes another exciting step on Friday as the first official Team Welcome Ceremonies take place across Japan exactly a week ahead of the tournament kick-off on 20 September.

Argentina, Fiji, Ireland and hosts Japan will be the first four teams officially welcomed to Japan 2019 in a special and uniquely Japanese welcome ceremony, which all 20 teams will receive from 13-19 September.

The ceremonies will take place in iconic locations spread across the length and breadth of Japan, from the northern island of Hokkaido to the tropical island paradise of Okinawa, more than 2,600 kilometres to the south.

Locations for the 20 ceremonies include the famous Zōjōji Temple at the foot of Tokyo Tower in central Tokyo, a historical sumo wrestling hall in Osaka and one of the finest examples of European neo-classical architecture from Japan’s Meiji era, the Bunshokan in Yamagata City.

Japan are already demonstrating their passion for rugby and spirit of hosting as team arrivals and community engagement events have been a huge hit with the local populations around team camps.

World Rugby Chairman Sir Bill Beaumont said: “Rugby World Cup 2019 will be a truly unique celebration of Japanese culture and tradition and rugby’s character-building values and the teams are at the heart of the story. The official welcome ceremonies symbolise the start of the tournament and will showcase the truly nationwide warmth of the support that the world’s best teams and their fans will receive in Japan. Japan are already proving to be very warm and enthusiastic hosts with some wonderful scenes from community events around the team’s arrivals into their team camps.”