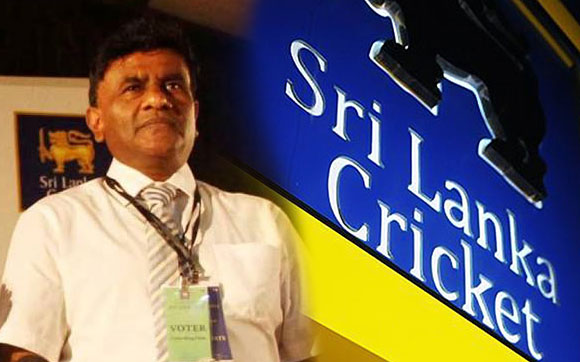 Mr. Mathivanan says he officially tendered his resignation letter to the administration of the cricket governing body.

In his letter of resignation addressed to the Secretary of SLC Mohan de Silva, the vice president says he will be stepping down with immediate effect, however he does not cite any reasons for the abrupt decision.

Mathivanan was elected as one of the two vice presidents of Sri Lanka Cricket, along with Ravin Wickramaratne, during the election in February 2019.

He has served multiple terms as vice president of SLC since 2012 and had also been secretary for the interim committees between 2006 and December 2008.

A long-serving champion of domestic cricket, he was a popular figure among the local clubs and often received the highest votes among the SLC’s vice presidential candidates.