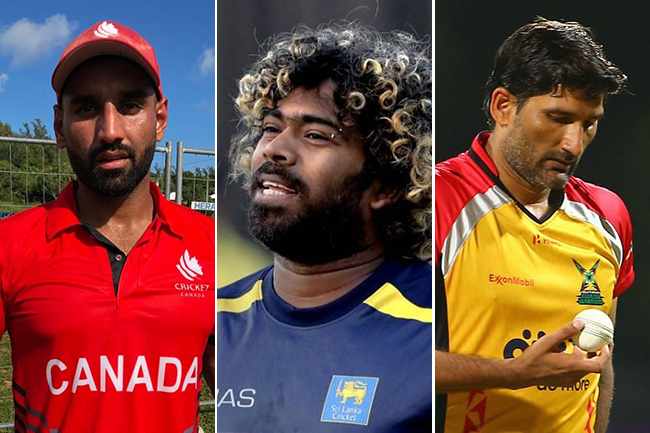 Pakistan quick Sohail Tanvir, who is a part of the Kandy Tuskers franchise, has become the second player to test positive for Covid-19 after arriving in Sri Lanka for the Lanka Premier League (LPL).

Ravinderpal Singh, the Canada batsman who had been picked by the Colombo Kings franchise, had tested positive earlier in the day. The two are being treated and isolated at a separate hotel from the remainder of the LPL’s players and coaching staff.

Details of Tanvir’s positive result were conveyed to the Tuskers’ head coach Hashan Tillakaratne shortly after mid-day on Friday. “We have to talk to the franchise owners and find somebody to replace Tanvir,” Tillakaratne told ESPNcricinfo, even though Tanvir hasn’t been ruled out of the tournament yet.

Tanvir is not believed to have come into close contact with any other player or official, and the remainder of the Tuskers team will prepare for the tournament as planned. Tanvir himself had been a replacement player of sorts for the Tuskers, who had initially drafted Wahab Riaz and Liam Plunkett as the overseas fast bowlers, before both of them withdrew from the tournament.

Earlier, Singh was confirmed to have tested positive for Covid-19 after traveling in the same flight and bus as several other players, including Andre Russell. His illness, too, is not believed to have had an impact on anyone else involved in the tournament, according to LPL organisers.

“[Singh] has been sent for treatment at another hotel in the area, which has been set up like a hospital,” said Anil Mohan, CEO of the IPG Group company, which is organising the LPL. “He is not at the same hotel as the others, and they are all in their bubble. The others will be training and preparing for the tournament as usual.”

Both Tanvir and Singh’s future in the tournament is now contingent on their recoveries, and sign-offs from the medical authorities overseeing the LPL. They are each expected to be out for at least two weeks.

The news of the positive Covid-19 results is the latest in a tough week for the tournament, after Chris Gayle and Lasith Malinga pulled out over the last few days - though neither of the withdrawals is believed to be the fault of the tournament organisers or the players’ franchises. SLC and tournament organisers insist that the LPL is inching towards its November 26 start date, undeterred.