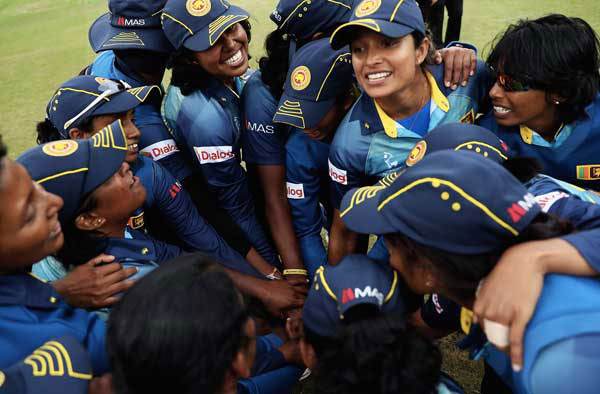 Sri Lanka Cricket (SLC) says that six players from the national women’s team and an official who were participating in the ICC Women’s Cricket World Cup Qualifier 2021 in Zimbabwe have tested positive for COVID-19.

Steps are being taken to bring back the Sri Lanka women’s team from Zimbabwe, the SLC said.

On Saturday night, the International Cricket Council (ICC) announced that the qualifying event in Zimbabwe had been abandoned, due to the emergence of the latest Covid-19 variant.

The tournament, featuring West Indies, Sri Lanka, Ireland, Netherlands Pakistan, Bangladesh, Thailand, Zimbabwe and the United States, was scheduled to run till December 5 and was to decide the last three spots in the eight-team World Cup.

But, with the new Covid strain of Omicron popping up in South Africa and the introduction of travel restrictions from a number of African countries, including Zimbabwe, the ICC opted to call off the event, and in keeping with the tournament’s playing conditions, instead awarded the World Cup qualification places as per the team rankings.

That means Bangladesh, Pakistan and the West Indies will be the ones heading to New Zealand next year for the March 4 to April 3 event.

Sri Lanka and Ireland take the other two slots which were on offer for the 2022-25 cycle of the ICC Women’s Championship – where teams will play bilateral series to determined the qualifiers for the 2025 World Cup.

Last Sunday (21), it was reported that three players of the Sri Lankan team participating in the ICC Women’s Cricket World Cup Qualifier 2021 in Zimbabwe had tested positive for COVID-19.

It was also reported that the rest of the members in the Sri Lankan team had tested negative but were isolated as a precaution.

The tournament, which was postponed twice and moved to Zimbabwe from Sri Lanka due to the COVID-19 pandemic, was expected to decide the three teams who will play in the ICC Women’s Cricket World Cup to be held in New Zealand from March 4 to April 3 in 2022.