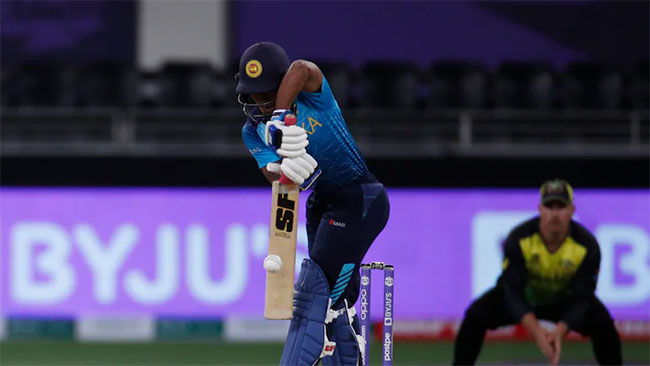 Australia’s lack of genuine spinning depth has come back to bite them after Sri Lanka pulled off a dominant six-wicket win with a big run chase in Colombo.

Pathum Nissanka hit his maiden ODI century with 137 in response, while Kusal Mendis struck 87 before retiring hurt with cramps.

The pair put on a near-chanceless 170-run stand, after being brought together at 1-42.

It helped Sri Lanka to their biggest-ever chase against Australia, as they went 2-1 up in the five-match series with back-to-back wins over the tourists for the first time in 20 years.

But beyond this bilateral series, bigger questions continue to remain around Australia’s bowling structure ahead of next year’s World Cup in India.

With Adam Zampa back home on paternity leave, Australia decided not to play Mitchell Swepson for the second time in three games.

Albeit in a different format, the call leaves questions over Australia’s faith to play him as a second spinner against Sri Lanka in the two-match Test series alongside Nathan Lyon.

It also left Matthew Kuhnemann (0-61 from 10 overs) and Glenn Maxwell as Australia’s chief spinners, with Cameron Green (0-31 off five overs) preferred as a pace-bowling allrounder.

And where Sri Lanka were able to get great purchase out of their wrist spinner Jeffrey Vanderlay with his return of 3-49, Australia were forced to turn to Marnus Labuschagne (0-49) for seven overs of legbreaks.

They struggled to build pressure, as Sri Lanka accumulated their way to the target with relative ease.

Pat Cummins was also rested in the loss, and while Josh Hazlewood and Jhye Richardson were economical, there was little assistance on offer.

Maxwell (1-44) struck early when he bowled Niroshan Dickwella for 25, while Hazlewood (1-57) had Dhananjaya de Silva caught-and-bowled late for just as many.

Richardson (2-39) also bagged two wickets in the one late over, but by then the game was gone.

Nissanka was brilliant throughout, producing the shot of the innings when he advanced at Hazlewood and hit him over mid-wicket for six.

He also slog-swept Maxwell for another big six and finished with 11 other boundaries while battling cramp himself before finally being caught off Richardson’s bowling with seven needed.

It came after Head had earlier continued his fine form with the bat, hitting an unbeaten 70 from 65 balls just a week after whacking a century for Australia A in a warm-up match.

With Steve Smith out and nursing a minor quad strain, Aaron Finch struck 62 and Alex Carey 49 on a slow and spinning wicket that made life hard for batters to get completely comfortable.