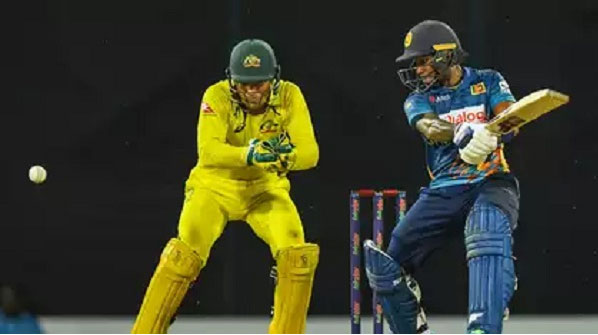 Sri Lanka will launch an all-out spin assault in the fourth one-day international in Colombo on an Australian team whose focus appears to have shifted towards the upcoming Test series.

Star leggie Wanindu Hasaranga has returned from a groin injury as the hosts selected four specialist spinners to bowl on a used wicket at the R.Premadasa stadium on Tuesday.

After his decision to set a target in the third ODI backfired with Sri Lanka pulling off a ground record chase, captain Aaron Finch this time won the toss and elected to bowl on another warm afternoon in the nation’s capital.

Injured duo Steve Smith and Mitchell Starc remain on ice but Pat Cummins is back for Jhye Richardson, with the Test captain returning after being rested for the third ODI.

Sri Lanka clearly expect the pitch, the same one used for their six-wicket win in Sunday’s 50-over clash, to take significant turn.

The Aussies on the other hand have stuck to their guns with Matt Kuhnemann the only specialist tweaker and Mitchell Swepson again left out.

Speedster Dusmantha Chameera has dropped out of Sri Lanka’s side with allrounder Chamika Karunaratne, along with part-timer Dasun Shanaka, the only pace options for the home team.

Despite Sri Lanka holding a 2-1 series lead and being on the verge of clinching the five-game series, with no ODI Super League points on the line Australia’s gaze has shifted towards the Test campaign beginning in just over a week’s time.

Smith has a left quad concern but was expected to train alongside recently arrived Test squad members Nathan Lyon and Usman Khawaja in the stadium’s nets on Tuesday.

Starc has had the stitches removed out of the left index finger he sliced open a fortnight ago and bowled some gentle deliveries without any strapping on the healing digit during Australia’s warm-ups.

Both might have been risked if the stakes were higher but the two Tests in Galle are now clearly front of mind.

Australia are sticking with the long batting order and allrounder-heavy bowling line-up that they used in the third ODI, with Cameron Green once again deployed at No.8.