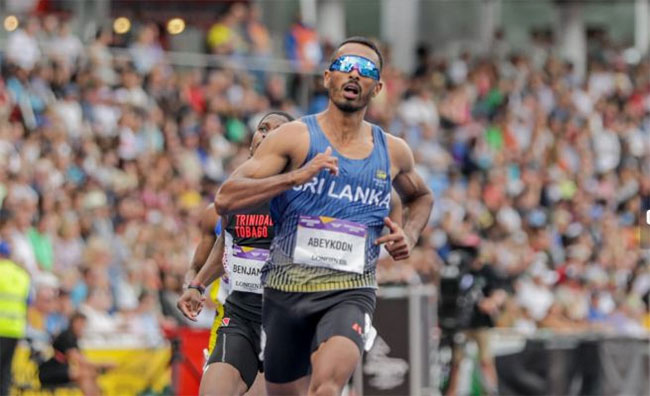 Sri Lanka’s Yupun Abeykoon has qualified for the final of the men’s 100 meters at the 2022 Commonwealth Games in Birmingham.

The 27-year-old sprinter secured a place in the finals after clocking a time of 10.20 seconds in the third semi-final held at 11.40pm Sri Lankan time on Wednesday (03), in which he placed fourth.

The Sri Lankan sprinter ran a time of 10.06 seconds to qualify for the semi-finals of the men’s 100 meters race.

In the process he managed to finish with an all-time fastest timing in the Commonwealth Games history for 100m Heats. The previous fastest time in heats was by Glenroy Gilbert of Canada who did it in 10.10 seconds in the 1994 Victoria Games.