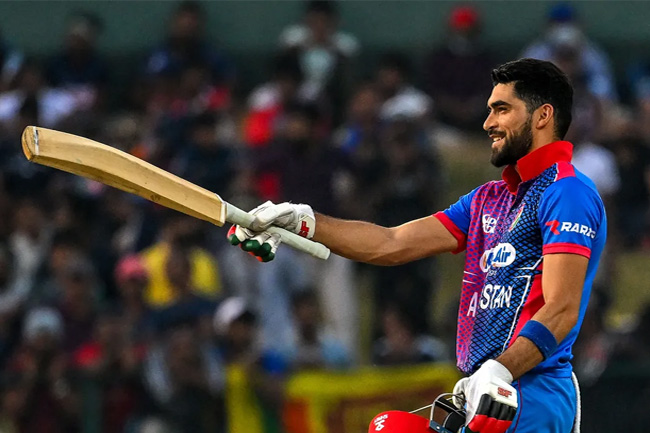 Afghanistan opener Ibrahim Zadran smashed 162 in the third and final ODI against Sri Lanka in Pallekele, breaking the record for the highest score by a player from his country in this format.

Zadran’s epic knock of 162 came off a mere 138 balls and included 15 fours and four sixes. The opener completed his hundred in the 39th over, getting to it off 100 balls before smashing 58 runs off his next 38 balls.

The opener broke the record for the highest individual score by an Afghanistan player in ODIs, beating Mohammad Shahzad’s unbeaten 131 against Zimbabwe in 2015.

Zadran already has three hundreds in just eight ODI innings, and is Afghanistan’s joint-third-highest century-maker in this format.

Zadran has already racked up 433 runs in 8 ODIs, averaging 61.85 with the bat and converting each of his fifty-plus scores into hundreds. He now has hundreds in three of his last five ODIs.

Afghanistan had already booked their place in the ICC Men’s Cricket World Cup 2023 in India with the win in the first ODI of this series.

With 313 on board, their third highest total in ODIs, Afghanistan look well set to notch up a rare away series win.