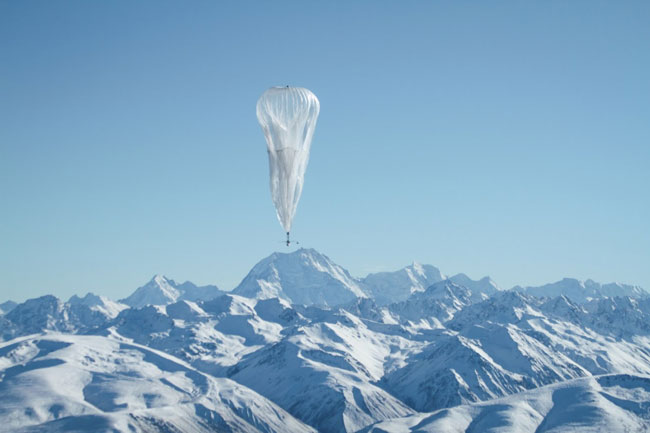 Sri Lankas Dance with the Devil of Universal Internet Access

Who today is against Internet access and digital connectivity? These are ideas and technical buzzwords that resonate across the political spectrum; politically-neutral words that are capable of uniting Left and Right and are consequently easily adopted by both the establishment and its opposition.

It is also here that the interests of Silicon Valley and governments of developing countries across the world converge most spectacularly. For the political parties of Latin America and South-East Asia, promises of free Internet and a “digital, connected country” are attractive slogans and music to the ears of their middle-class citizens. For Facebook, Google and Twitter, funding initiatives that get more people connected to the Internet is essentially a means of growing their user bases.

The projects themselves come with catchy slogans (‘Connecting the Next Billion’), deceptively reassuring names (Internet.org) and a wide array of next-generation technologies (drones, balloons and solar-powered airplanes). Consequently, it becomes difficult, at times, to discern why these seemingly win-win situations come with a heavy price tag. As Brad Pitt puts it in the fantasy World War 2 film Inglourious Basterds, “You see, we like our Nazis in uniform. That way we can spot’em just like that”.

A few of these initiatives have their malicious intentions branded onto their sleeves: take for instance the unmitigated PR disaster that is Facebook’s Internet.org project. It didn’t take long for the global commentariat to rightly point out that Facebook wasn’t looking to provide the ‘Internet’ to the unconnected masses but was trying instead to supply a crippled version of the Internet that served Facebook’s interests.

The lack of similar outrage on the other hand for recent deals such as Sri Lanka’s decision to tie up with Google’s Project Loon—a plan that would see the Mountain View-based company scatter a few thousand balloons across Sri Lanka’s airspace in a bid to provide universal Internet access— reflect two primary issues. The first is that the problems of the Silicon Valley-supplied Internet go far beyond the more popular zero-rating and net neutrality concerns; the second is that the propaganda that surrounds these initiatives is harder to crack when the companies move from a Trojan Horse-like model (Internet.org) to a modus operandi that more closely resembles that of a government and a commercial contractor.

Sri Lanka is ground zero for Project Loon and represents the ideal testing ground: the country is small and contained, only 3 million of the country’s 20 million citizens have direct Internet access and there isn’t enough commercial incentive for local telecom operators to lay the physical infrastructure necessary to connect the more remote and rural parts of the country.

Unlike Internet.org, which cuts a number of back-room deals in order to provide “free” and limited Internet access, Sri Lanka’s telecom operators will piggyback onto Google’s balloon infrastructure in order to provide a drastically cheaper (but not free) form of universal Internet access. As Muhunthan Canagey, the managing director of Sri Lanka’s ICT Agency, pointed out in an interview, “Instead of spending many years and even more zillions of dollars laying cables, Sri Lanka and Google will put the Internet in the air… beaming down connections to every town and village.”  According to Canagey, Google will then “engage in discussions with local mobile telecom operators and discuss revenue-sharing agreements for the provision of Wi-Fi services.”

Although several publications have rushed to point out that the deal is currently only at a Memorandum of Understanding stage, this does not mean that potential risks should be ignored or that we shouldn’t view Google’s outreach programme with a healthy dose of skepticism.

What is most curious is that the headline ‘Google uses balloons to provide Internet infrastructure to developing country’ is not seen as ‘Foreign company provides critical infrastructure to developing country’. The nationalistic concerns that arise when a Chinese company like Huawei or ZTE bids to lay fibre-optic cable or when one country is overly dependent on another for critical energy resources is missing here; Silicon Valley’s altruistic missions are imbued with a more magical and utopian tone.

While it may seem unfair to compare Huawei and Google, Project Loon, if successful, will be the 800-pound gorilla that signals the loss of Sri Lanka’s digital sovereignty.

For one, Project Loon has no immediate competitor. Sri Lanka cannot play one contractor against another in order to ensure favourable contract conditions, the way it would when roping in private actors to build physical infrastructure such as roads or ports. The country has no leverage. For its current administration, the choices are either universal Internet access or no Internet access.

The real effects of this deal will be seen after Sri Lanka’s citizens have tasted universal Internet access: how can Sri Lanka’s political parties be expected to formulate and push through strict legislation on issues such as local data storage, privacy and search engine neutrality when the party that will be affected the most (Google) is the one responsible for the country’s Internet coverage? While there may be no outright arm-twisting – which is not Silicon Valley’s style – Sri Lanka’s legislators will undoubtedly think twice before coming out with legislation that would require Internet companies to retain Sri Lankan data on Sri Lankan soil; a controversial notion that has seen countries such as Brazil flip-flop in the face of intense lobbying.

Framed another way, will Sri Lanka’s citizens be required to give up their digital rights in exchange for universal Internet access? This is perhaps the dilemma that faces political parties in most developing countries. For them, universal Internet access is a checkbox that must be ticked as they move towards a more developed future; abstract notions such as online privacy and the monopolisation and monetisation of personal data are issues that are of no immediate concern to developing country politicians today. This makes it exceedingly difficult for parties and activists to construct narratives against Silicon Valley the way they fought against Big Oil, Big Pharma and Big Tobacco in the 1980s and 1990s.

This is a pity because the increasing commercialisation of the Internet and its increasing role in the physical public sphere means that decisions are no longer taken for the public good, but are increasingly constrained by market and private sector forces.

TAGS :  Google Loon ,  Facebook ,  Google ,  Twitter ,  Wi-Fi ,
Disclaimer: All the comments will be moderated by the AD editorial. Abstain from posting comments that are obscene, defamatory or slanderous. Please avoid outside hyperlinks inside the comment and avoid typing all capitalized comments. Help us delete comments that do not follow these guidelines by flagging them(mouse over a comment and click the flag icon on the right side). Do use these forums to voice your opinions and create healthy discourse.