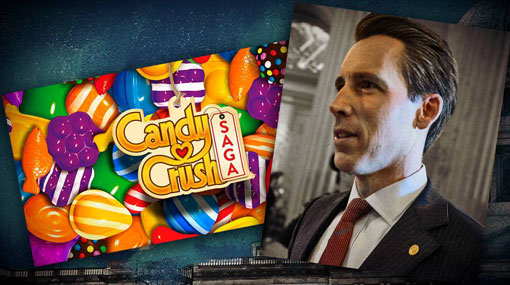 Loot boxes remain one of the most controversial topics in gaming, and now lawmakers in the US are planning to ban paid loot boxes in titles aimed at kids.

Missouri Senator Josh Hawley has put forward a bill called the Protecting Children from Abusive Games Act, which would ban paid loot boxes, as well as pay-to-win mechanics and other practices that could part children from their (or rather their parents’) hard-earned cash.

In his introduction to the bill, Hawley said these kinds of in-game elements risk encouraging “compulsive habits” and that developers shouldn’t be able to “monetize addiction”.

The ban would potentially apply to “games played by minors”, which would include games specifically designed for kids, as well as games where developers allow under-18s to engage in microtransactions.

The bill’s announcement included a specific mention of Candy Crush, and it’s likely that a whole host of titles that let you pay to progress will get swept up in the legislation, due to be introduced to the US Senate soon.

This is a storm that’s been brewing for a while, with authorities in various countries grapple with the issue – particularly the issue of paying a fee for a chance to win something inside a game, which could be viewed as gambling.

Game studios and developers would rather use existing parental control mechanisms to keep tabs on underage spending rather than see sweeping new laws passed, one lobbyist group told Kotaku – and there’s no guarantee that this bill will become law.

This controversy is going to continue to run and run, and with software developers keen to establish recurring streams of income, a solution could be some way off.