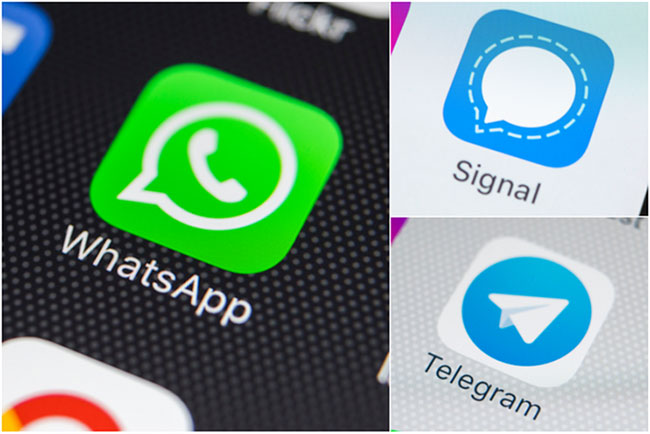 The number of new users installing messaging app Signal every day is on track to cross 1 million, putting it closer to levels seen by larger rival WhatsApp, following an update to the Facebook Inc-owned app’s privacy policy.

About 810,000 users globally installed Signal on Sunday, nearly 18-fold compared with the download numbers on Jan. 6, the day WhatsApp updated its privacy terms, according to data from research firm Apptopia.

Privacy advocates have questioned the move citing Facebook’s track record in handling user data, with many suggesting users to migrate to platforms such as Telegram and Signal.

To cope with the number of new users, Signal said on Sunday it had added more servers to handle the traffic. Up until recently, the non-profit app was largely used by journalists and human rights activists looking for a more secure and encrypted mode of communication.

WhatsApp, which saw a 7% decline in daily installs on Sunday compared with Wednesday, was downloaded by nearly 1.2 million users on Jan. 10, according to Apptopia. WhatsApp is now in damage control mode in the wake of widespread criticism from users over its updated privacy policy. The messaging service has taken to Twitter to “address some rumors and be 100% clear” that it protects private messages.

“We want to be clear that the policy update does not affect the privacy of your messages with friends or family in any way. Instead, this update includes changes related to messaging a business on WhatsApp, which is optional, and provides further transparency about how we collect and use data,” WhatsApp writes in its updated FAQ section.

The Facebook-owned service has also published an infographic clarifying how it handles private messages. It claims that it cannot see messages exchanged between users or hear their calls. Facebook also doesn’t have access to this data. It further clarifies that it does not keep logs and doesn’t see your shared location, contacts, or group messages.