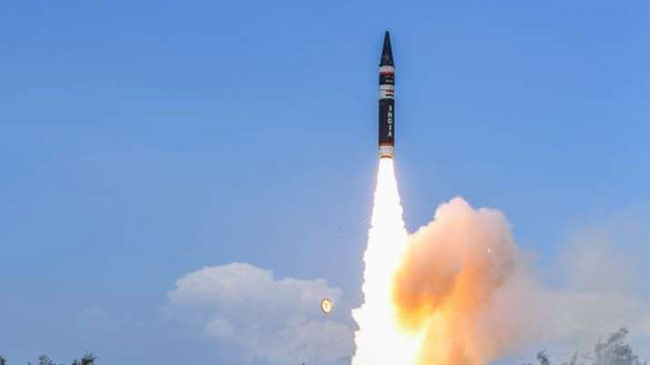 India on Monday successfully carried out the test-firing of a new missile of the Agni series known as Agni-Prime at 10.55 am, off the coast of Odisha. It was test-fired successfully from launchpad No-4 of Chandipur.

The new nuclear-capable missile is fully made up of composite material and it was a textbook launch, government sources said.

Various telemetry and radar stations positioned along the eastern coast tracked and monitored the missile. It has followed textbook trajectory, meeting all mission objectives with a high level of accuracy, DRDO officials said.

Agni-Prime is a short-range ballistic missile. It is a new generation advanced variant of the Agni class of missiles. It is a canisterised missile with a range capability between 1,000 and 2,000 km.

The surface to a surface missile can carry a payload of around 1,000 kg or a nuclear warhead. The double stage missile is lighter and much sleeker than its predecessor Agni-1.