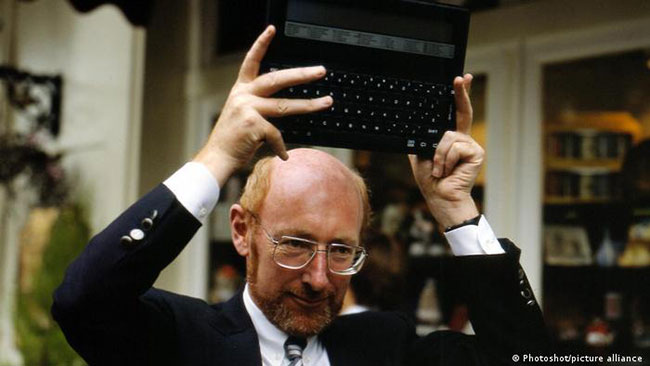 The home computing world is mourning the loss of pioneer Sir Clive Sinclair, who has died at the age of 81.

His daughter Belinda Sinclair told the Guardian that the pocket calculator trailblazer and brains behind the Spectrum home computers passed away at his home in London on Thursday morning (September 16).

The entrepreneur’s company launched the ZX models in a decade where personal computer use began to boom in the UK, with Sinclair becoming the first company in the world to sell more than a million computers, catapulting Sir Clive into a household name.

Ms Sinclair told the BBC that her father had cancer for more than a decade and was still working on inventions up until last week “because that was what he loved doing”.

“He was inventive and imaginative and for him it was exciting and an adventure, it was his passion,” she added.

Business mogul Lord Sugar, who launched his own computers in the 1980s under his Amstrad branding, paid tribute to his “good friend and competitor” on Twitter, writing: “What a guy he kicked started consumer electronics in the UK with his amplifier kits then calculators, watches mini TV and of course the Sinclair ZX. Not to forget his quirky electric car. R.I.P Friend.”

Further tributes poured in from famous names on the social media platform.

Broadcaster Professor Brian Cox said: “The ZX81 was my introduction to computing and I loved it! Started out with a 1k version and eventually saved up for a 16k ram pack – thank you Clive!”

TV presenter James May, meanwhile, tweeted: “At least Clive Sinclair lived long enough to see that he was right about many things.”

A man of diverse interests, Sir Clive’s projects also saw him explore new technology in the worlds of television and cars.

One initiative was the Sinclair C5 vehicle, an electric tricycle heralded as the future of eco-friendly transport, but which turned out to be an expensive flop.

“It was the ideas, the challenge, that he found exciting,” Ms Sinclair told the Guardian.

At 22, he formed Sinclair Radionics, his first company, which made mail order radio kits, including the smallest transistor radio in the world.

It was with another company, Sinclair Research, that he found his home computing successes as he faced off against international competition.

The ZX81 computer launched in 1981 sold half a million and was followed up by more powerful models in later years.

“For someone whose first glimpses of a brave new world were the terrifying graphics of 3D Monster Maze on the ZX81, I’d like to salute tech pioneer Sir Clive Sinclair,” he wrote on Twitter.

Former deputy leader of the Labour Party, Tom Watson, tweeted: “This man changed the course of my life.

“And arguably, the digital age for us in the UK started with the Sinclair ZX80, when thousands of kids learnt to code using 1k of RAM. For us, the Spectrum was like a Rolls Royce with 48k.”

Sir Clive was awarded a knighthood in the Queen’s birthday honours of 1983.