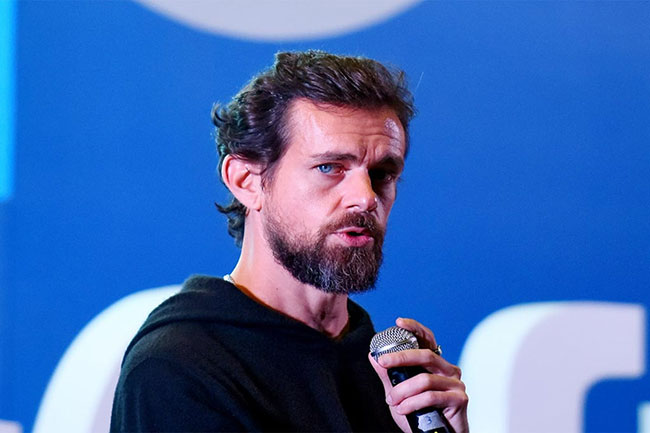 Twitter co-founder Jack Dorsey is stepping down as chief executive of the company.

He will be replaced by the current chief technical officer, Parag Agrawal, Twitter said.

Mr Dorsey, who co-founded Twitter in 2006, has been serving as CEO of both Twitter and payment firm Square.

“It’s finally time for me to leave” he wrote in a statement, saying the company was “ready to move on.”

Mr Dorsey said he had “deep” trust in his replacement. “I’m deeply grateful for his skill, heart, and soul. It’s his time to lead,” he said.

Mr Agrawal joined Twitter in 2011, and has been the firm’s head of technology since 2017.

Trading of shares on the stock exchange was temporarily halted as a result, but has since resumed.

News of Mr Dorsey’s departure was first reported by CNBC on Monday, citing anonymous sources familiar with the matter. Reuters news agency separately reported it had been told the same.

In a separate message to the official corporate statement, Mr Dorsey tweeted: “Not sure anyone has heard but I resigned from Twitter”.

“There’s a lot of talk about the importance of a company being ‘founder-led’. Ultimately I believe that’s severely limiting and a single point of failure,” he wrote in an attached email he sent to staff.

He added that he would leave the board after his term expires.

“Why not stay or become chair? I believe it’s really important to give Parag the space he needs to lead.”

The 45-year-old co-founded the company with Biz Stone, Evan Williams and Noah Glass in 2006.

Mr Dorsey has, however, become the face of the company, having sent the earliest tweets on the service and due to his long tenure as chief executive.

He left the role of Twitter chief in 2008 and founded the digital payments app Square, which has also grown into a multi-billion dollar company.

However, he was brought back to helm Twitter in 2015 after then-chief executive Dick Costolo stepped down.

The role has seen him appear in televised inquiries before US politicians to be quizzed about his platform and its potential role in the spread of disinformation - something Twitter has been repeatedly accused of acting too slowly on in recent years.

Like other social media sites it has also been accused of political bias on both sides of the US political divide.