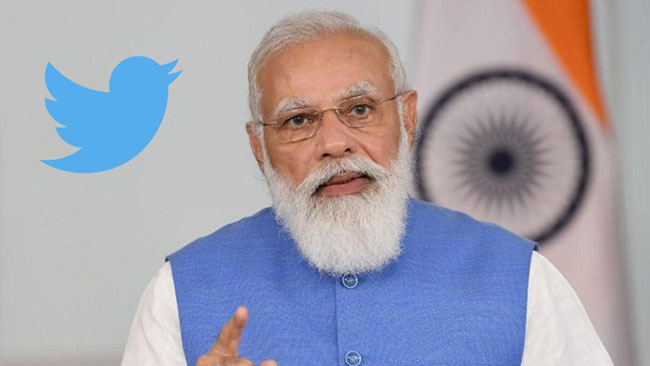 Another confirmation that the Twitter account of the Hon'ble PM shri #NarendraModi ji was hacked.#Bitcoin #Bitcon .
Original screenshot by @AdityaRajKaul . It's gone viral... pic.twitter.com/JYwHjjyHEx

It was not immediately known how long the personal Twitter handle of Mr Modi, which has over 73 million followers, was compromised.

Twitter took the necessary steps to secure the compromised account as soon as it became aware of the activity, a Twitter spokesman said in an e-mailed statement to Reuters, adding that an investigation revealed no signs of any other impacted accounts at present.

A similar incident had occurred with the Twitter handle of Mr Modi’s personal website @narendramodi-in in September 2020, with a series of tweets asking followers to donate to a relief fund through cryptocurrency.

Recently, the Twitter accounts of many famous personalities in America — from President Joe Biden Barack Obama, Kanye West, Bill Gates to Elon Musk — were hacked to post the message: “Send Bitcoin and the famous people would send back double your money.”

The microblogging site had to suspend broad swaths of its service, including the ability of verified users to tweet, for a couple of hours as it scrambled to prevent the scam from spreading further.