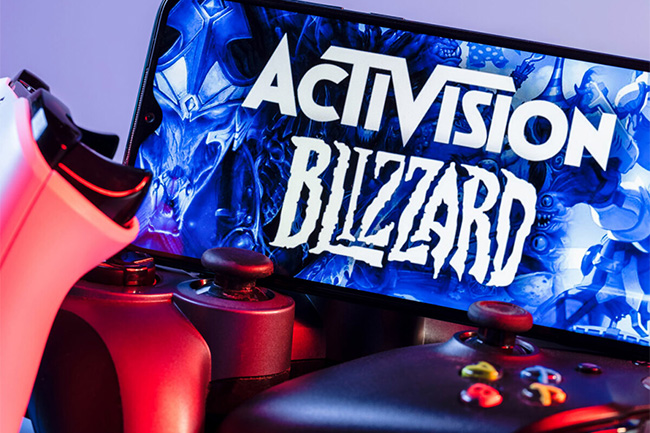 It would be the biggest acquisition in the company’s history and is expected to be finalised in 2023.

The move means Microsoft will take ownership of gaming franchises like Call of Duty, Warcraft and Overwatch.

Microsoft claims it will help them grow their gaming business across mobile, PC and consoles along with providing building blocks for the metaverse.

This deal is the biggest in gaming history and comes a year after Microsoft bought another influential gaming company Bethesda for $7.5bn.

Satya Nadella, chairman and CEO of Microsoft said: “We’re investing deeply in world-class content, community and the cloud to usher in a new era of gaming that puts players and creators first and makes gaming safe, inclusive and accessible to all.”

Activision Blizzard has studios around the word with nearly 10,000 employees.

It has been dealing with accusations of a toxic work-place culture and claims of sexual harassment in recent months.

Last year Phil Spencer, the boss of Xbox, said he was ‘deeply troubled’ by the claims.

The games Activision Blizzard make, from Call of Duty to Candy Crush, are some of the most popular in the world.

The company has nearly 400 million monthly active players in 190 countries and billion-dollar franchises.

Microsoft say they are working to bring Activision Blizzard games to their Game Pass subscription service.

The deal has shocked the gaming industry.

In an era of increased competition, content is king.

Currently it’s reported that the PlayStation 5 is outselling Microsoft’s latest generation of consoles.

It’s argued by some that this is down to the fact that in recent years Sony’s machines have had more appealing exclusive titles - games that can’t be played on a variety of devices.

In the battle to attract more gamers to their platforms these exclusive titles and experiences are crucial.

It is not yet clear if Activision Blizzard games, which at the moment can be played on both Microsoft and Sony consoles, will become exclusive to Xbox.

However, with Xbox convinced that a Netflix-style gaming subscription could be the future of gaming, being able to offer more content linked to these major titles on their service will be a big bonus.

When Microsoft bought games studio Bethesda in 2021, it was thought the developer of franchises like Fallout and Skyrim would continue to make games for other platforms.

Now their big upcoming release Starfield will be a Microsoft exclusive.

Spencer has explained in a blog post that until the deal is finalised, Activision Blizzard and Microsoft Gaming will operate independently.

Bobby Kotick will remain as the CEO of Activision.

Once the deal is complete, the Activision Blizzard business will report to Microsoft.