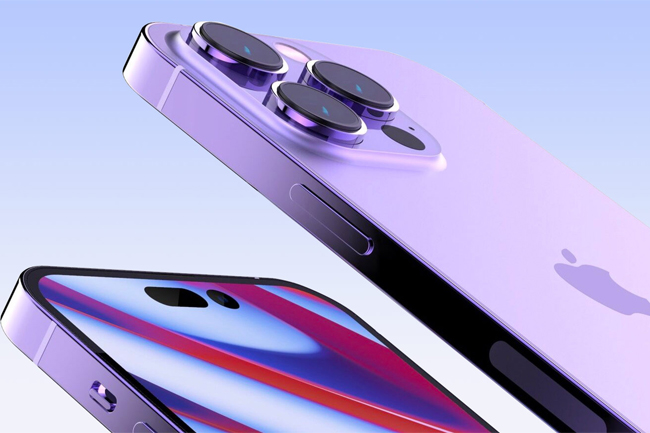 Apple has unveiled the iPhone 14, with emergency satellite connectivity and car crash detection technology, at a launch event in the US.

The company revealed four versions of the new handset at its Cupertino headquarters, with an audience attending in person for the first time since the pandemic.

It also showed off a new extreme sports wearable - the Watch Ultra.

The event focused on next generation iPhone, Watch and AirPod products.

Apple CEO Tim Cook was on stage at the Steve Jobs theatre inside the tech giant’s California campus - but the presentation itself was entirely pre-recorded.

People have been cautious about menstrual trackers since changes were made to abortion legislation in the US and there are concerns that data about periods could be used by law enforcement. Apple says the data on its devices will be encrypted and only accessible via a passcode or biometrics.

“We are taking our commitment to women’s health even further,” said Jeff Williams, chief operating officer at Apple.

Apple said a new automatic retrospective ovulation notification could help those who are trying to conceive.

If activated, the new watch can monitor body temperate every five seconds overnight, and detect tiny changes which can signal ovulation.

Another new feature is car crash detection. Using sensors, the watch will be able to identify a severe crash and will automatically connect its wearer with emergency services, provide their exact location and notify emergency contacts.

The Series 8 now also features a low power mode, a feature borrowed from the iPhone, that promises up to 36 hours of battery life on a full charge. 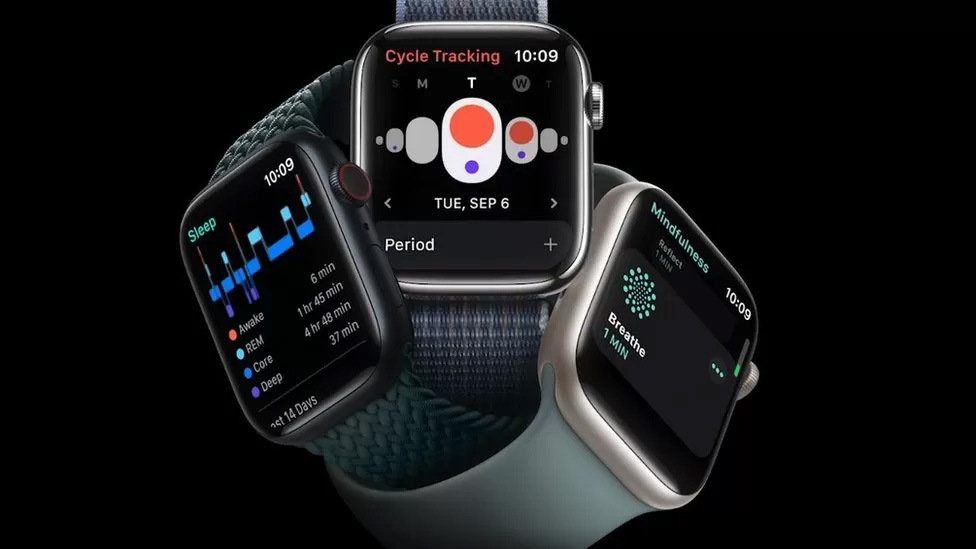 Swim-proof, dust-proof and crack-resistant - Apple has announced its rival to the likes of Garmin, Polar and other rugged watchmakers.

Ultramarathoner Scott Jurek from Born to Run appeared in the presentation for the new watch, which focused on a larger face design for extreme sports use.

All Ultra watches have up to 36 hours battery life on a single charge and an extended battery life of 60 hours, with Apple promising enough power for its customers to complete an ultra-triathlon which includes swimming, cycling and running.

The new handsets are capable of sending an emergency call for help via satellite. The phone will display the whereabouts of passing satellites overhead and demonstrate how to point the device at them correctly.

It can take from 15 seconds to a few minutes to send a basic message.

“The investment to add satellite capability should not be underestimated,” said Ben Wood, chief analyst at CCS Insight.

“It will likely have taken Apple years to put all the pieces of the puzzle in place, including a commercial agreement with satellite provider Globalstar, and the creation of the infrastructure needed to pass messages to the emergency services.”

“It is encouraging to see providers starting to get serious about using satellite - ultimately reliable and robust connectivity is still highly sought-after among all users,” he said.

The tech giant announced a new 12-megapixel camera, capable of taking photos of fast-moving subjects, and the company claims a 49% improvement in low-light capturing.

According to Apple, iPhone users took more than three trillion photos in the last 12 months. 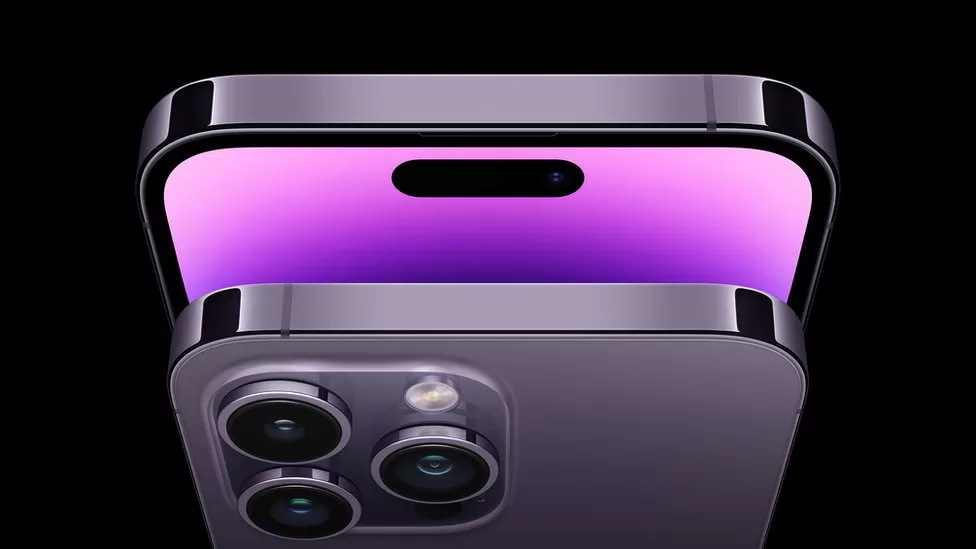 A feature called the Dynamic Island has replaced the black notch, which many iPhone users complain about - and it can change shape depending on what notifications there are.

The other big change is that the handset can always remain on.

When the phone is not in use, the screen dims and the refresh rate is lowered.

The handset comes in a deep purple colour alongside black, silver and gold.

AirPods Pro are easier to find than their predecessors. Each pair comes with a new system for finding individual lost earphones, which play a chime when dropped outside of the case.

Additionally, the case itself gets its own speaker, which will play a louder sound when prompted by the Find My app. 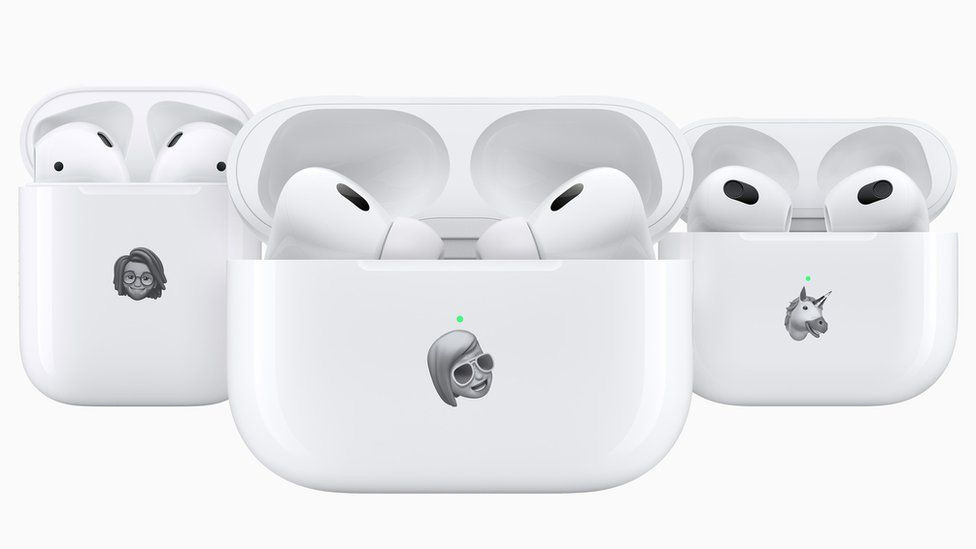 Being here in person, among an enthusiastic crowd of Apple fans, certainly made for a more interesting launch than recent years. But nothing was announced today that is going to revolutionise the tech industry.

Much of Apple’s new tech seems ideal if you find yourself in some kind of peril on a regular basis. The new iPhone 14 will be able to send texts by satellite when off the grid.

The Ultra Watch design is chunky with extra-long battery life - the company says this is perfect for multi-day remote trips. Apple also announced a new crash detection system on new watches and phones, which will alert the emergency services when it detects an impact. The strategy here is pretty clear.

Apple is continuing to pitch its hardware as a health and safety aid. Not surprisingly, Tim Cook describes the products as “essential”.

But in reality these are interesting but fairly niche updates - features that users will hope they will never have to use. 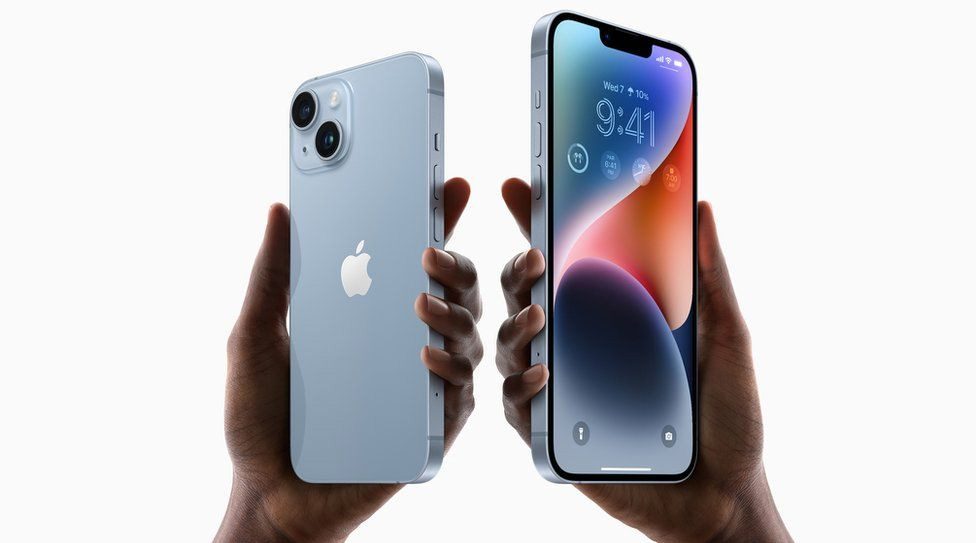