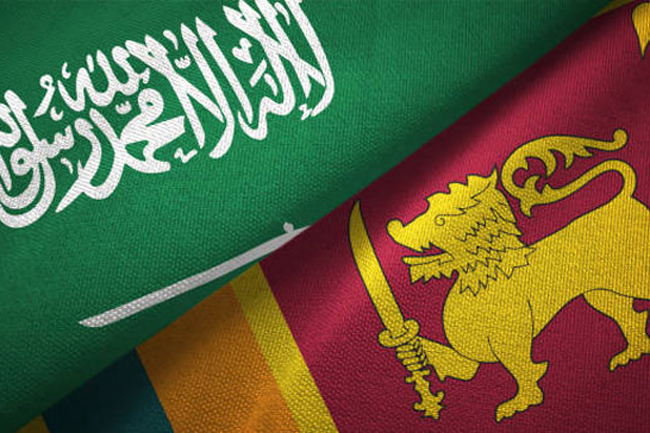 Sabry, who is on an official visit to Saudi Arabia from January 23-27, made this remark during an exclusive interview with ‘Arab News’.

Recalling the cordial bilateral relations between Saudi Arabia and Sri Lanka, the minister said the island nation is hopeful of further strengthening the ties by boosting connectivity, investments and employment opportunities.

Sabry, mentioning that Saudi Arabia was a “very influential member of the international community” – especially in the Islamic world and due to the G20 membership – also spoke of the importance of improving bilateral relations with the Kingdom.

According to Sabry, improving the trade relations between the two nations will also be a focal point during his meetings with Saudi officials. He noted that boosting Sri Lanka-Saudi Arabia bilateral ties is a possible catalyst to a wider, better relationship with the Islamic world.

During his visit, Sabry is accompanied by a delegation that includes the State Minister of Rural Economy, Kader Masthan; the ambassador of Sri Lanka in Riyadh, Pakeer Mohideen Amza and the consul-general in Jeddah, Faiah Moulana.

He embarked on this visit to Saudi Arabia on an invitation extended by his counterpart in the Kingdom, Prince Faisal bin Farhan Al Saud.

Sabry is scheduled to meet with Foreign Minister Farhan Al Saud and discuss further enhancement of cordial bilateral relations. He will also meet with the senior officials of the Islamic Development Bank, the Organization of Islamic Cooperation, the Gulf Cooperation Council and the Governors of Mecca and Medina.

-with inputs from ‘Arab News’