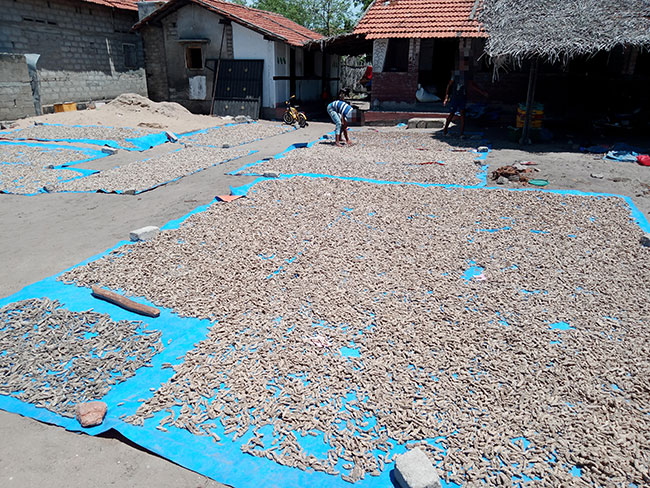 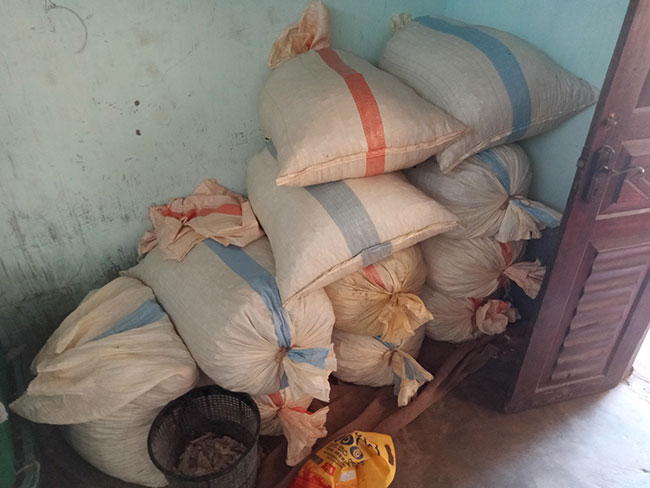 Naval personnel with the assistance of Assistant Directorate of Fisheries (ADF) in Mannar nabbed a person with a stock of dried sea cucumber, during a raid carried out in Erukkulampiddi area.

Naval personnel attached to the North Central Naval Command in coordination with the officials of Mannar ADF conducted a raid in Erukkulampiddi, Mannar on Wednesday (17) and found a stock of dried sea cucumber hidden in a house.

Along with the 1018.9kg of dried sea cucumber the house owner was also held by the Navy.

The accused was held for keeping an excessive amount of sea cucumber, going over the limit permitted by the ADF. The apprehended person has been identified as a resident of Erukkulampiddi, aged 33.

The suspect along with the stock of dried sea cucumber was handed over to the Mannar ADF for onward investigation.