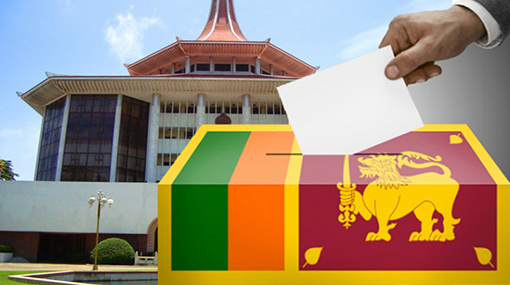 Hearing of petitions against General Election date continues for day 6

The Supreme Court has commenced further hearing of the Fundamental Rights petitions filed challenging the date set by the Elections Commission for the General Election, for the 6th day this morning (26).

On Friday (22), when the petitions were taken up for the 5th consecutive day, the Additional Solicitor General Indika Demuni de Silva, appearing on behalf of the Attorney General, had requested the Supreme Court to dismiss the FR petitions filed challenging the date of the General Election, without taking them up for hearing.

She had pointed out that, according to the Parliamentary Election Act, there are no legal barriers to accepting nomination papers on public holidays.

Parliamentary Elections Act has not provided provisions to call for nominations again if the court rules accepting nominations for the General Election on public holidays is a violation of the law, as sought by the petitioners, she had argued.

Although the petitioners claimed that accepting nomination papers on March 17,18 and 19 is unlawful, a total of 339 nomination papers have been submitted by 42 registered political parties and another 313 by independent groups, she noted adding that no objections were raised against the matter until now.

Hence, the Additional Solicitor General sought the judge bench to dismiss the petitions without taking them up for hearing, as the submissions by the petitioners are baseless.

They have stressed that the Election Commission setting June 20 as the new date for the poll is against the provisions of the Constitution, adding that the failure to convene the new Parliament within 3 months of the dissolution of the previous Parliament, makes the Gazette issued by the President invalid.

The petitioners noted that a free and fair election cannot be held as the threat of COVID-19 virus is yet to be eliminated, emphasizing that it is a violation of people’s right to vote freely.