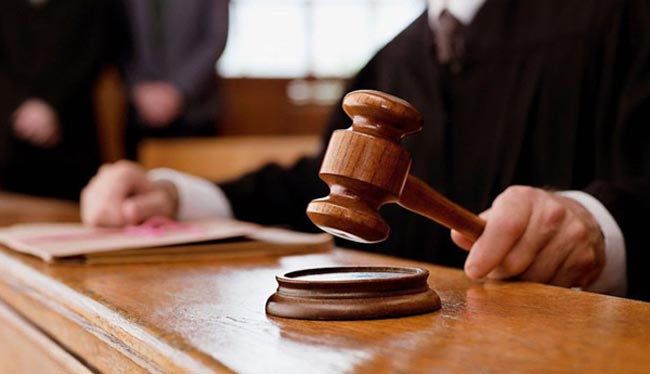 The Colombo Additional Magistrate has refused to issue an order to arrest the former Officer-in-Charge (OIC) of the Welikada Police over the former Minister Patali Champika Ranawaka’s hit-and-run case.

Colombo Additional Magistrate Kanchana Niranjana Silva stated that under sections 33 and 34 of the Criminal Procedure Code the court has no authority to issue a warrant for the manner in which the police demand.

Accordingly, the Magistrate rejected the request of the police to issue a warrant and issued a notice for the suspect to appear in court.

However, when the order was issued, the former OIC of the Welikada Police, Sudath Asmadela, appeared before the court through his lawyer, said Ada Derana reporter. Attorney-at-law Ajith Pathirana, appearing on behalf of the suspect, informed the court that his client had decided to appear in court today (03) as soon as he received the media coverage of the case.

Pathirana requested the court to release his client on bail as he appeared before the court before the relevant notice was even issued.

Deputy Solicitor General Dileepa Peiris, appearing on behalf of the Colombo Crimes Division, objected to the request, stating that the suspect had appeared before the court, not because of his respect for the judiciary, but because of the strength of the conspirators involved in the crime.

He pointed out that Madawala had abused his official power by influencing the then-Traffic OIC of the Welikada Police station to swap former Minister Ranawaka’s name with the former minister’s driver in a statement recorded with the police.

The Deputy Solicitor General alleged that Sudath Asmadala is still trying to conceal the truth by hiding the details of key persons involved in the incident.

Further, the Deputy Solicitor General requested the court to remand the suspect until a statement is recorded from him, as it could interfere with the investigation if the suspect is released on bail.

However, the Additional Magistrate stated that a suspect cannot be remanded only for the purpose of recording a statement.

On June 01, the Attorney General Dappula de Livera instructed the Director of the Colombo Crimes Division (CCD) to obtain a warrant from a court and arrest the former OIC of the Welikada Police Station, Sudath Asmadala.

The Attorney General had instructed the CCD to obtain a warrant to arrest the former Welikada OIC on charges of fabricating false evidence in the case filed over the alleged hit-and-run accident involving former minister Patali Champika Ranawaka in Rajagiriya.

The CCD yesterday (02) submitted relevant information to the court and requested the Colombo Additional Magistrate to issue a warrant for the arrest of the former Welikada OIC. However, the court stated that the decision on whether an arrest warrant will be issued or not will be announced today (03).

Former MP Patali Champika Ranawaka and his driver were arrested on December 18, 2019, over an alleged hit-and-run case in Rajagiriya which caused life-threatening injuries to a youth riding a motorcycle in 2016. They were both subsequently granted bail.