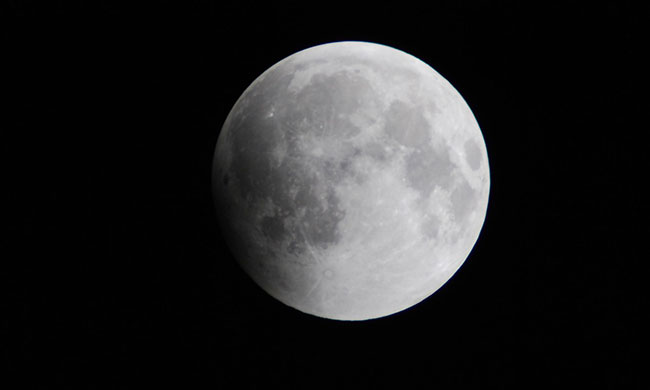 The second penumbral lunar eclipse of 2020 will begin on June 5th night at 11.15 p.m. Sri Lanka Standard Time, when the shadow of the Earth falls on the Moon, said Prof. Chandana Jayaratne, the Director of Astronomy and Space Science Unit, Department of Physics at Colombo University.

This penumbral lunar eclipse is called ‘Strawberry Moon Eclipse’. Lunar eclipses occur on full moon days when the Earth comes between the Sun and the Moon, which results in obstructing some or all of the Sun’s light from reaching the Moon.

This is a penumbral type of lunar eclipse occurring around the midnight between June 5th and 6th. The eclipse begins at 11.15 p.m. Sri Lanka standard time on June 5th with the Moon entering the penumbra of the earth’s shadow (less dark shadow) and ends up at 2.34 a.m. on 6th morning.

The greatest eclipse will take place fifty-four minutes after midnight, i.e. at 00.54 a.m. on 6th.

A penumbral lunar eclipse happens when the Sun, Earth, and the Moon are imperfectly aligned. In a penumbral eclipse Moon will not enter the dark shadow (umbra) of the Earth, but the lighter-shadow (penumbral shadow).

Therefore, during this particular eclipse, you will see no dark shadow as in total or partial lunar eclipses, but only a reduction of the brightness of the Moon. Penumbral eclipses are difficult to observe, especially during the early and late stages. Nevertheless, a subtle yet distinct shading should be visible across the Moon.

This eclipse is visible to countries in much of Europe, much of Asia, Australia, Africa, South/East South America, Pacific, Atlantic, Indian Ocean, and Antarctica.