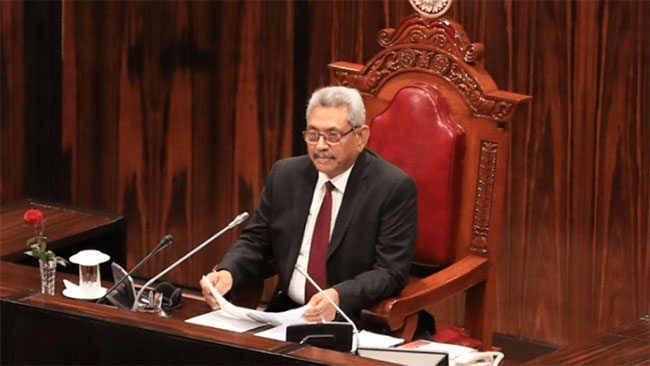 President Gotabaya Rajapaksa is scheduled to present the new Government Policy Statement at the ceremonial sitting of the first session of the Ninth Parliament on the 20th of August 2020.

The President is scheduled to chair the inaugural meeting at 3.00 pm and the statement of the new Government’s policy as provided by Article 33(2) of the Constitution will be read by the President.

Upon the arrival of President Gotabhaya Rajapaksa, he will be received by the Speaker of Parliament and the Secretary General of Parliament Dhammika Dasanayake at the main staircase of the Parliament building, followed by the hoisting of the Presidential flag.

Meanwhile, on the same day, the 9th Parliament will convene at 9.30 am starting with electing the Speaker of Parliament followed by the members’ oaths or affirmation.

Thereafter, the Deputy Speaker and the Deputy Chairperson of Committees will be elected respectively, according to the Parliament’s Department of Communications.