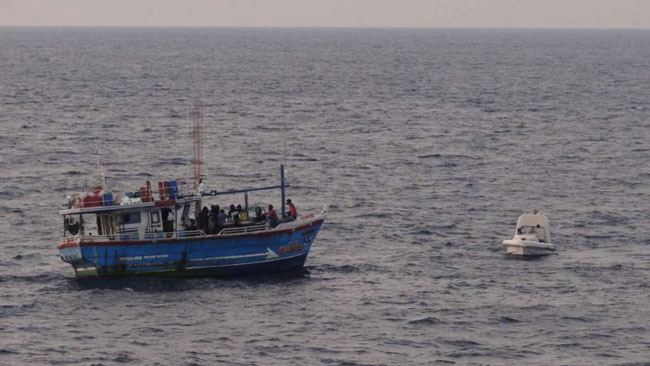 Indian Coast Guard (ICG) has seized a Sri Lankan boat along with 100 kg heroin sourced from Pakistan along with 20 small packets of synthetic drugs in an operation on the high seas off Thoothukudi in Tamil Nadu.

The Indian Coast Guard issued a statement in which it said it has arrested six crew members in this connection and also seized five pistols from the accused.

Initial investigation revealed that the contraband was transferred to the Sri Lankan boat from a Pakistani dhow from Karachi.

Personnel deployed on Indian Coast Guard (ICG) ship Vaibhav seized the Sri Lankan boat along with the contraband during anti-smuggling operations that began on November 17.

“Joint interrogation of the arrested accused by all security agencies concerned is in progress,” the Indian Coast Guard said in a statement.