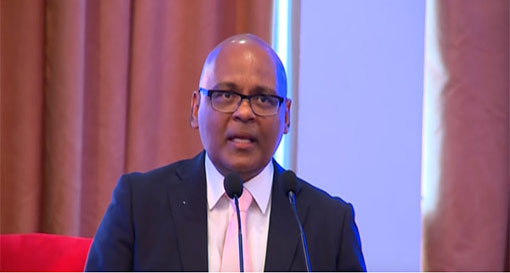 Drawing a link between the lynching of a Sri Lankan national in Pakistan’s Sialkot on Friday to the Taliban’s takeover of Kabul, a senior Sri Lankan Government advisor, speaking at a regional conference where countries spoke about the outcome of events in Afghanistan, said that terrorist groups and religious radical groups across South Asia had been emboldened.

“The lynching and burning of the Sri Lankan is a clear reflection of the spread of Salafi Wahhabism in the region. And it’s a cancerous ideology that has to be contained, isolated and eliminated,” said Rohan Gunaratna, Director General of the Sri Lankan military think tank, the Institute of National Security Studies, who accompanied President Gotabaya Rajapaksa to the Indian Ocean Conference in Abu Dhabi, in an interview to The Hindu.

Speaking at the conference, Mr. Rajapaksa had called for a regional mechanism to share intelligence and coordinate actions against the threat posed by “religious extremism and terrorism”.

The Sri Lankan government has expressed its outrage over the killing of Sri Lankan national Priyantha Diyawadana, a manager at a factory, who was beaten to death and burnt by a mob that claimed he had committed “blasphemy” by asking for the removal of posters of radical Islamist group Tehreek e Labaik Pakistan (TLP). The Pakistan government had lifted a ban on the TLP only last month, and taken its leader Saad Rizvi off its terrorist list, under pressure from massive public protests.

“Since the return of the Taliban on August 15, we are seeing that terrorist organisations have come to power in Afghanistan, which is once again emerging as the epicentre of terrorism, and Afghanistan, maybe a new Syria,” Mr. Gunaratna added, expressing concern that the development had given a fillip to radical Islamist groups in South Asian countries, particularly in Pakistan.

On Saturday evening, External Affairs Minister (EAM) S. Jaishankar had also alluded to the fallout of events in Afghanistan, that he said, apart from the COVID-19 pandemic, has had the biggest impact on Indian Ocean countries, given “proximity and sociology”.

“The American withdrawal from Afghanistan...leaves both the immediate and extended region grappling with serious concerns about terrorism, radicalism, instability, narco-trafficking and governance practices,” Mr. Jaishankar said, in the first such comments that indicated clear differences with the U.S. policy on Afghanistan.

In July this year, after meeting with U.S. Secretary of State Antony Blinken, the EAM had said India and the U.S.’s views on Afghanistan were “quite similar”, and also in October, days after Prime Minister Narendra Modi met U.S. President Joseph Biden, the EAM had said they were on “similar pages” on most issues on Afghanistan, including terrorism.

When asked about the comments, a senior U.S. diplomat said that the U.S. does understand the need to keep “partners in the region” close on what happens in Afghanistan. “If we didn’t understand before, we certainly do now,” Jennifer Larson, U.S. Deputy Assistant Secretary of State for South and Central Asia said in response to a question from The Hindu.