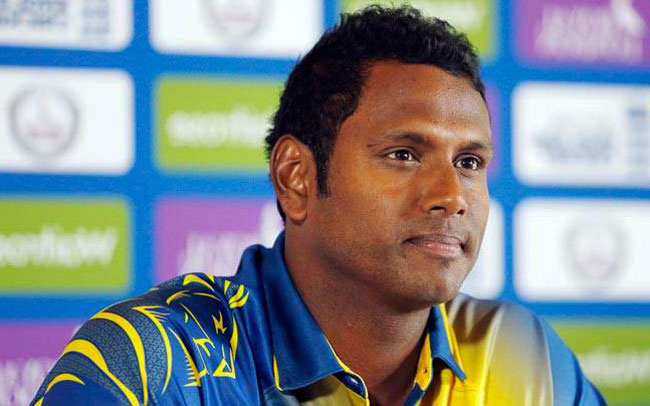 Speaking at a press conference in Colombo, SLC President Thilanga Sumathipala said that the country’s cricket governing body is currently in the process of implementing several long-term and short-term reforms under the leadership of newly-appointed head coach Chandika Hathurusingha.

He stated that most of the decision making pertaining to planning and structuring has been handed over to Hathurusingha.

As a result of that, the new coach had proposed that Mathews be given the captaincy for the ODI and Twenty-20 formats, he said, adding that this was approved by the selection committee.

Sumathipala said that the former Sri Lanka skipper was invited to lead the team in the shorter formats by considering it as an opportunity to serve the country in a time of need, which he had duly accepted.

Last week, the SLC said it was considering appointing either Angelo Mathews or Dinesh Chandimal to fill the role.

Mathews said that he agreed to take up the role on the insistence of his mentor Chandika Hathurusingha.

Mathews stepped down as captain from all formats of the game in July last year following a run of humiliating defeats.