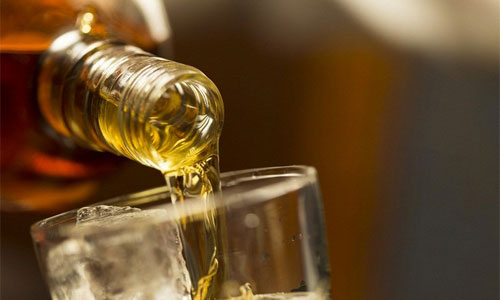 The Cabinet of Ministers have decided to withdraw the recent Gazette notifications issued on extending business hours of liquor shops and allowing females to buy or sell liquor.

Minister Mahinda Samarasingha sated that the unanimous decision was reached during the Cabinet meeting held today (16).

The president had ordered the reinstatement of ban on women buying alcohol and being employed in places where the drinks are produced and sold.

The statement said Sirisena, addressing a public meeting on Sunday, had instructed the finance ministry to cancel the previous government circular that revoked the ban. It said the president was committed to building a cultured society with values such as freedom, morality and democracy.

The ban had been in force since 1979, the early years of Sri Lanka embracing an open market economy. Many businesses had ignored the ban and employed women to serve alcohol and sold alcohol to them.

Liberalizing alcohol consumption has been a sensitive issue in Sri Lanka, where the Buddhist clergy play a dominant role in society. However, liquor consumption is not banned in Sri Lanka and many Sri Lankans consume alcohol.

Last week, the finance minister also amended regulations to allow liquor outlets to stay open an hour later, until 10 p.m. The president ordered that decision to be reversed as well.

A senior official at the finance ministry said the original decision to revoke the ban was done at the request of the tourism industry and also to ensure equal rights for women. The official spoke on condition of anonymity as he was not authorized to speak to the media.

The official said the finance minister was currently on a visit to India and a decision on re-imposing the ban will be taken by him after arriving home on Tuesday.

The finance ministry’s original decision has drawn criticism from opposition lawmakers who say it will have an effect on the island’s cultural and religious values.

the recent Gazette notifications issued on extending business hours of liquor shops and allowing females to buy or sell liquor.