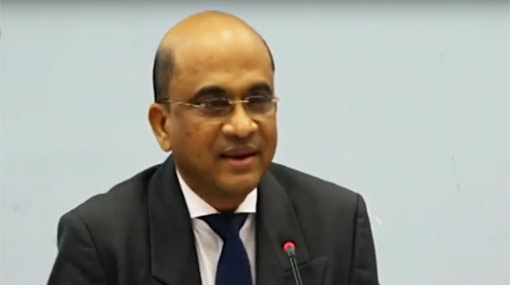 Sri Lanka’s Auditor General Gamini Wijesinghe says that the country is currently facing a massive debt crisis as a result of the incorrect policy decisions taken by government officials in the past 10 years.

Speaking to reporters in Colombo today (7) after releasing a comprehensive report of public debt management, he said that if someone asks him ‘what is the total of the country’s debt today’, even he would not know what to say as debt management in the public sector has gone from bad to worse to that extent within the past decade.

The main reason for this, he says, is the excess of loans taken, the exceeding of debt ceiling, the covering up of the loans by hiding them from the books and the transfer of loans to other places.

Wijesinghe stated that the former Secretary to the Finance Ministry, who has been referred to as an “economic hitman,” has mainly been responsible for actions completely destroying financial laws.

According to latest Central Bank records, Sri Lanka’s total outstanding debt was 10.3 trillion rupees as of the end of November last year.