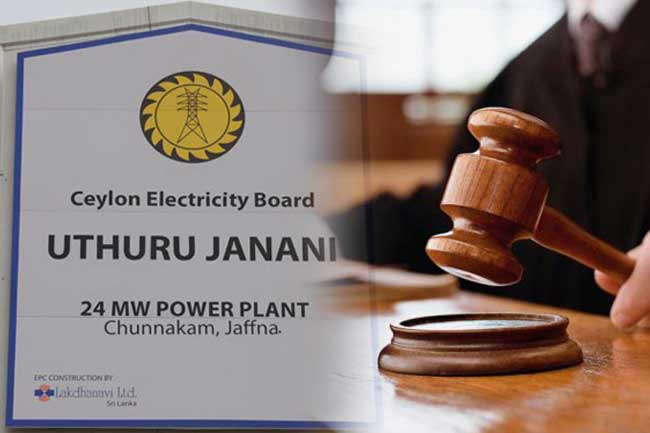 The Supreme Court has declared that the environmental damage caused by the Uthuru Janani thermal power plant in Chunnakam, Jaffna, has violated the fundamental rights of the residents of the area.

Accordingly, the court ordered the Northern Power Company Ltd., which operates the power plant, to pay an amount of Rs 20 million for the affected people in compensation.

The Court ordered that the Rs 20 million should be paid off in compensations of maximum Rs 40,000 per affected home and the compensation should be carried out under a committee led by the National Water Supply and Drainage Board.

The Supreme Court further noted that, only after complying with the accepted environmental conditions, the company will be allowed to operate the power plant again.

The Supreme Court passed this verdict regarding a petition filed by the Chairman of the Center for Environment and Nature Study, Dr. Ravindra Kariyawasam.

The petitioner charges that the waste, oil, and grease disposed of by the power plant contaminate the well water on the adjacent land.

The petition has been filed seeking a court order that this has violated the fundamental rights of the residents in the area.

In 2015, the Supreme Court had passed a prohibition order preventing the power plant from operating.