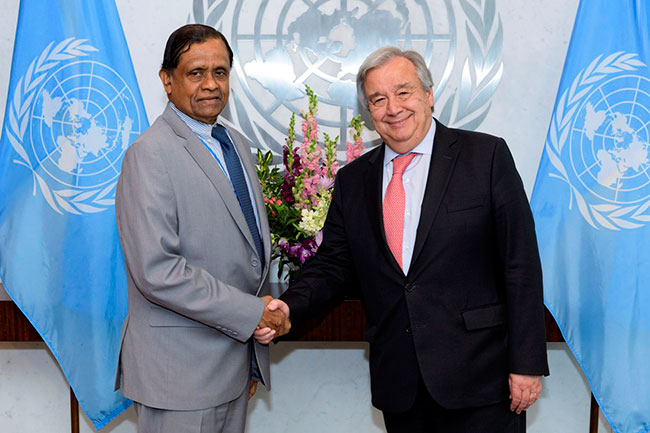 During the farewell call on Tuesday, 18th June 2019, the Secretary General took the opportunity to thank Ambassador Perera for the unstinted cooperation he extended to strengthen co-operation between Sri Lanka and the United Nations in diverse fields, particularly in relation to peacebuilding and the sustainable development agenda, the Permanent Mission of Sri Lanka to the UM said.

Ambassador Perera expressed the hope that Secretary General Guterres would find an opportunity to visit Sri Lanka in the future in his capacity as the head of the United Nations, the statement said.