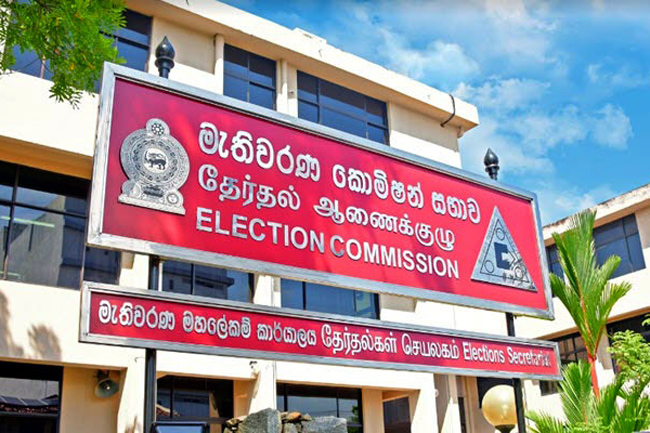 Canvassing, distributing hand bills, carrying out any such other activities in any public or provincial council office, government schools, local government offices or institutions belonging to any state corporation or statutory boards for election candidates has been prohibited, says the Election Commission.

In addition, conducting meetings in support of the candidates contesting the parliamentary election at public offices has also been banned.

In a media release issued on Tuesday (07), the election body urged politicians, political activists and trade union activists to abstain from such activities.

The Heads of the aforesaid public institutions or their sub-offices are tasked with allowing no room to commit any such illegal activities within the office premises under their control, the Election Commission noted.

In the meantime, misuse of movable or immovable properties belonging to the State, State Corporations or Statutory Boards during the period of an election for the promotion of or in prejudice to any party, group or candidate or obstructing the conduct of free and fair election, issued by the Election Commission has also been disallowed.