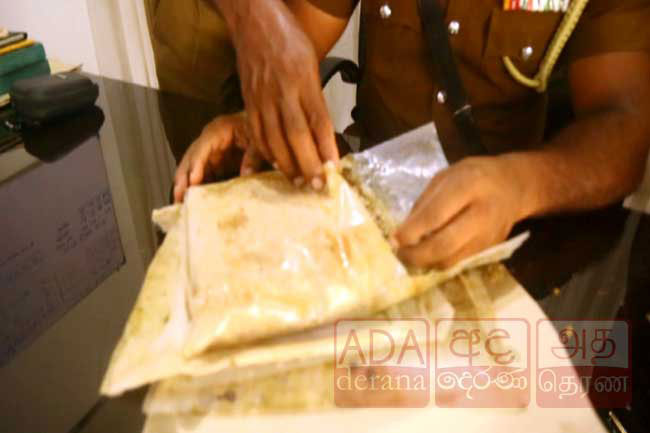 A fisherman had come across a parcel containing drugs washed ashore at the Periyapaduwa Beach in Udappuwa, early this morning (21).

Suspecting the contents of the parcel to be drugs, it had, subsequently, been handed over to the Udappuwa Police.

The parcel with several foreign logos on it had been wrapped in several polythene bags and a cloth, according to Ada Derana reporter.

Police suspects that the drug contained in the parcel is ‘Brown Sugar’ heroin and if confirmed to be true, the stash would be worth over Rs 10 million.

Further investigations have been launched by the Udappuwa Police.