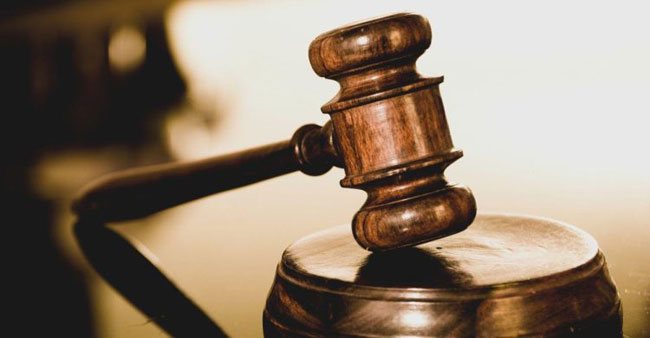 The case was taken up before Colombo Additional District Judge Sandun Withanage today (13).

The Additional District Judge stated in open court that he would withdraw from the case as the respondent objected to his hearing of the case.

Accordingly, the case was transferred to Colombo District Judge Shantha Godawela, who said that the decision on whether he will be conducting hearings into the enjoining order or not will be delivered on Jan. 18.

He therefore extended the interim order until that date.

The enjoining order had been issued against MTV Channel Private Limited in November after considering a defamation case filed by George Steuart Health (Pvt) Limited over defamatory news broadcast on its prime time news telecasts against the company and its chairman Dilith Jayaweera.

The case had been filed over several false and defamatory news segments telecast by Sirasa NewsFirst on 11th, 13th, 16th, and 19th November referring to the import of Covid-19 rapid antigen test kits by George Steuart Health.

The plaintiff had listed out the repeated instances of mischievously fabricated, factually incorrect news designed with malice to mislead the public and thereby to defame George Steuart Health as well as the chairman of George Steuart & Co.

The enjoining order issued on November 23, extended on December 07, further extended on December 18, 30, January 08 and today prevents MTV Channel and its agents and employees from defaming George Steuart Health, its chairman, and its key officers in any manner and in any forum whatsoever.