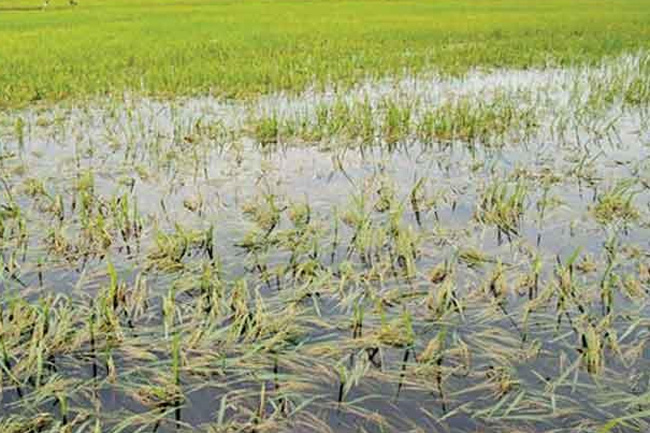 The Cabinet of Ministers has decided to allocate Rs. 40 billion to compensate paddy farmers for drop damages sustained during the 2020 Maha Season, says Minister Mahindananda Aluthgamage.

Addressing the media briefing to announce Cabinet decisions this morning, the lawmaker stated that nearly 1.1 million paddy farmers who cultivated approximately 800,000 hectares during the 2020 Maha Season will accordingly receive compensation.

Meanwhile, the Paddy Marketing Board has decided to purchase paddy from farmers at Rs. 75 per kilogram from today (January 25), the agriculture minister said further.

It has been planned to implement the government’s paddy purchasing program during the 2021/2022 Maha Season with the objective of providing a fair price for the harvest and maintaining a secure paddy reserve by the government.

The purchase of paddy harvest is carried out directly through the Paddy Marketing Board and by the District Secretaries/ Government Agents through the small and medium scale mill owners.

The required allocation of Rs. 29,805 million for this purpose will be secured through state banks, the government said.

Thereby, after taking into consideration the proposal made by the Agriculture Minister, the Cabinet of Ministers has decided to purchase the harvest at competitive prices, along with the private sector.

Further, it was decided to pay compensation of Rs. 25 per kilogram to the farmers if there is a reduction in the paddy harvest in the 2021/2022 Maha Season, in order to secure their income levels.