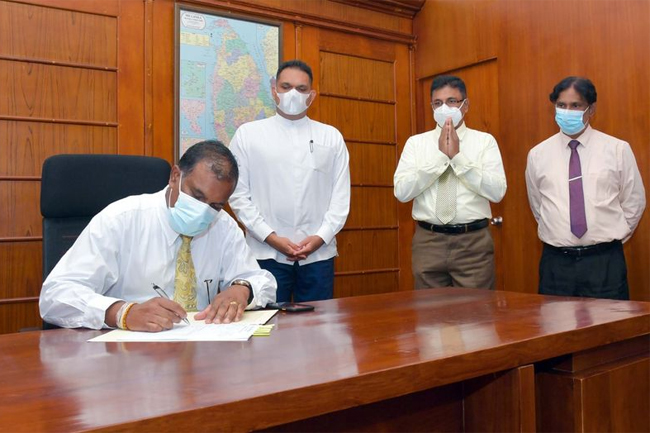 Newly-appointed Secretary to the Finance Minister K.M. Mahinda Siriwardana has assumed duties in his position.

State Minister Shehan Semasinghe and several senior officials of the finance ministry were present at the occasion.

Mr. Siriwardana was on release to the International Monetary Fund (IMF) as the Alternate Executive Director for the Constituency comprised of India, Sri Lanka, Bangladesh and Bhutan during July 2017 to October 2019.

He was also on release to the Ministry of Finance from October 2010 to April 2015 to serve as the Director-General of the Fiscal Policy Department and also as an Additional Director General of the National Planning Department.

Mr. Siriwardana has served as a member of the Board of Directors/Treasury Representative in several institutions, including Bank of Ceylon, Commercial Bank of Ceylon PLC, National Savings Bank, Sri Lanka Ports Authority, Board of Investments of Sri Lanka, Export Development Board, Sri Lanka Export Credit Insurance Corporation and Sri Lanka Vocational Training Authority. 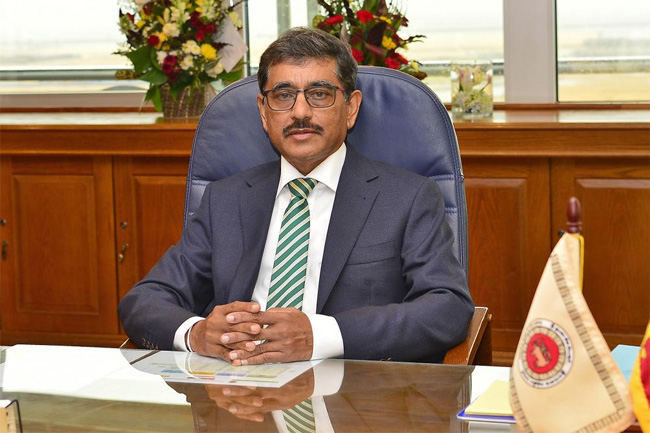 Former Senior Deputy Governor of the Central Bank, Dr. Weerasinghe had arrived in the country from Australia yesterday to take up the position.

According to sources, Dr. Weerasinghe was in Australia on a personal visit and had accepted an invitation from President Gotabaya Rajapaksa to take up the post of CBSL Governor amidst the country’s worsening economic crisis.

The appointment comes in the wake of Ajith Nivard Cabraal’s resignation from the position of Central Bank governor on Monday (April 04). He had resigned from the post following the resignation of the entire Cabinet of Ministers.

A highly-respected central banker and economist, Dr. Weerasinghe was promoted to the position of a Deputy Governor on 27 September, 2011 while he was serving as an Alternate Executive Director at the International Monetary Fund and assumed office as Deputy Governor of the Central Bank of Sri Lanka on 01 September 2012.

Dr. Weerasinghe has a Ph.D and Master’s Degree in Economics from the Australian National University and a B.Sc. Degree from the University of Kelaniya in Sri Lanka.

Dr. Weerasinghe had served as Chairman of the Monetary Policy Committee and the Foreign Reserve Management Committee of the Central Bank of Sri Lanka (CBSL).

He was later promoted to the position of Senior Deputy Governor of CBSL while he had decided to take an early retirement in October 2020.