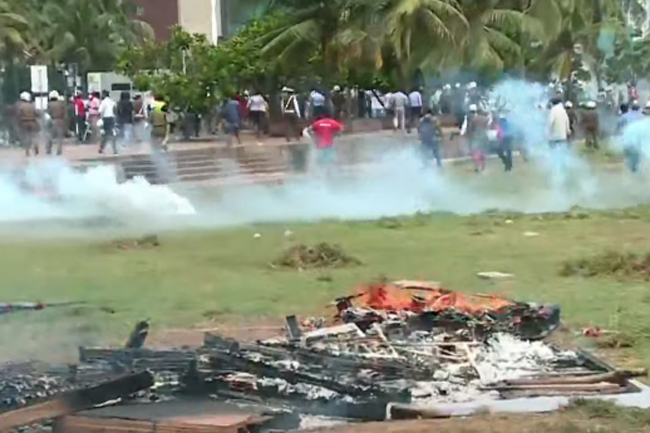 The unruly SLPP supporters today (May 09) attacked the anti-government protest site GotaGoGama set up at the Galle Face Green.

They staged a demonstration near the Temple Trees this morning (May 09) urging Prime Minister Mahinda Rajapaksa not to resign from his position.

Following their meeting with the prime minister, a tense situation ensued near the Temple Trees as the supporters clashed with the anti-government protesters there.

The protest site set up by the protesters was destroyed by the supporters, who then began to march towards the GotaGoGama at Galle Face Green.

After advancing through the police barrier, the supporters began attacking the anti-government protesters and set fire to the tents set up by them.

The police have used water cannons and tear gas to disperse the unruly supporters of the government.

According to reports, at least 16 individuals who sustained injuries amidst the chaotic situation have been admitted to the Colombo National Hospital. 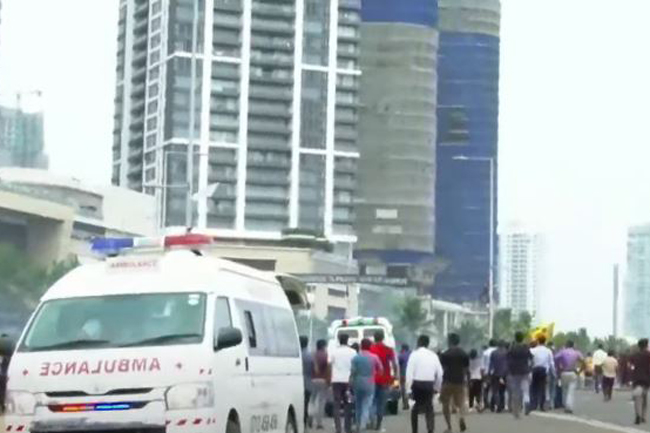