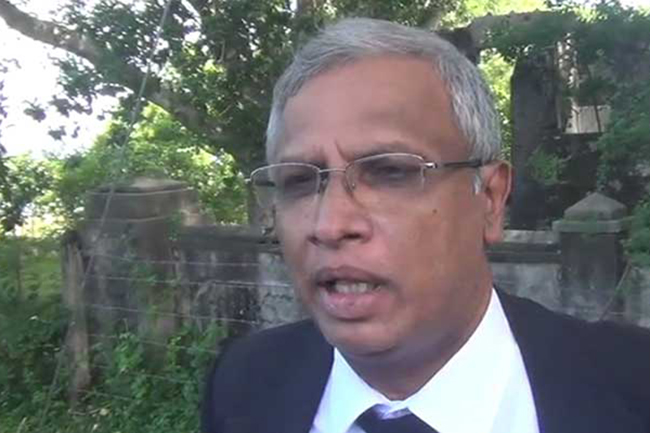 Speaking to the media of the government’s decision to sing the national anthem only in Sinhala at the upcoming National Day celebration, the parliamentarian said, this indicates the direction in which this government is moving in order to create a singular, majoritarian rule.

In 2015, when a new government came into office, they started moving in the direction of national direction, he said, adding that it was the reason why after several decades Mr. Sampanthan and he attended the National Day celebrations that year. “We wanted to show that we were ready to grasp that hand of friendship that was being extended by the majority community. We were ever willing to do that.”

Commenting further he claimed that trajectory has been turned around and the current government is doing everything to mar the national reconciliation process.

He noted that in order to enjoy equal citizenship rights, there must be power-sharing. “Political power must be shared in such a way that even those who are in the minority community can exercise political power in this country. In the absence of that and in the absence of any meaningful effort to reach national reconciliation, stopping the national anthem from being sung in Tamil is merely an indicator of the direction in which this government is moving.”

According to him, the government’s decision is “actually a true reflection of what the government wants to do in this country which is creating a singular, majoritarian rule.”