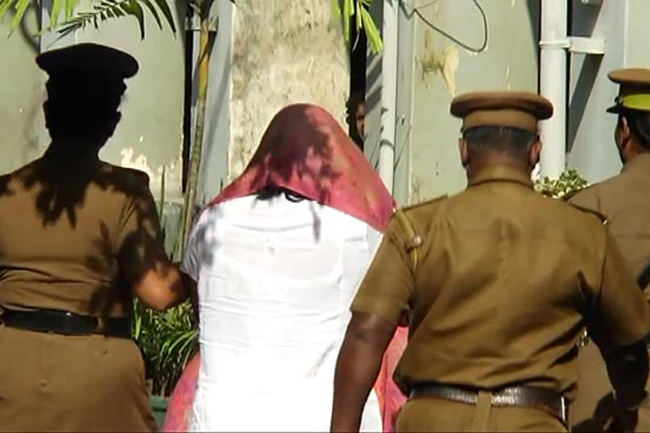 Swiss Embassy staffer ordered to report to CID once a month

Garnia Bannister Francis, the local employee of the Swiss Embassy in Colombo who was allegedly involved in an abduction case, has been ordered to report to the Criminal Investigation Department (CID) on last Sunday of every month.

This order was delivered when Francis was produced before the Colombo Chief Magistrate’s Court today (09).

Colombo Chief Magistrate Lanka Jayaratne has announced that the decision on granting permission to direct the embassy staffer’s mobile phone to the Government’s Analyst will be delivered on the 21st of January.

However, Senior State Counsel Janaka Bandara has requested the court to direct the relevant mobile phone to the Government’s Analyst and to call for a report.

He, accordingly, questioned the legality of submitting the embassy staffer’s mobile phone to the Government’s Analyst.

Considering the submissions, the chief magistrate announced that the ruling in this regard will be delivered on January 21.

The defence attorney also submitted the documents to prove that his client’s mother and three children were in Singapore the day previous hearing was held.

The case was subsequently scheduled to be taken up on January 21 and the chief magistrate ordered the police to report the progress of the investigations on that day.

On the 30th of December last year, Colombo Chief Magistrate Lanka Jayaratne released the embassy staffer on bail under two personal bail bonds of Rs 500,000 each. However, her foreign travels were banned and her passport was taken into the custody of the court.

Francis was arrested on December 16 by the Criminal Investigation Department (CID) and produced before the Colombo Chief Magistrate’s Court as per the directions of the Attorney General.

The Attorney General had advised the Director of the CID to arrest and to produce embassy staffer at the courts over two charges.

The Swiss Embassy employee was named a suspect for a case of exciting disaffection against the Government and fabricating false evidence to be used in a future judicial proceeding.

The court placed Francis under remand custody until December 30.