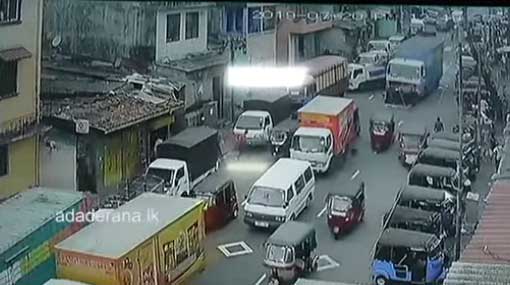 7 injured after lorry loses brakes and crashes into multiple vehicles

Seven persons were injured and hospitalized after an out of control lorry collided with another lorry and 6 three wheelers on Central Road near Gas Works Junction, Colombo.

Police said that the driver of the lorry had lost control of the vehicle due to a brakes failure, resulting in the multi-vehicle traffic accident this afternoon.

The accident, which was recorded in a nearby CCTV camera, shows the speeding lorry coming down the road and crashing into several three-wheelers as well as another lorry before coming to a halt.

Police are conducting further investigations into the incident.