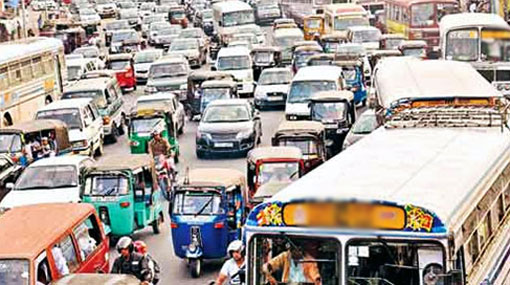 Parliament Road has been temporarily closed for traffic due to a protest, says Ada Derana correspondent.

A protest march organized by Samurdhi officers over several demands has caused heavy traffic congestion on Kottawa-Borella road near the Parliament Roundabout.

According to reports, the road towards the Parliament from Diyatha Uyana Junction has been temporarily closed by the Police.