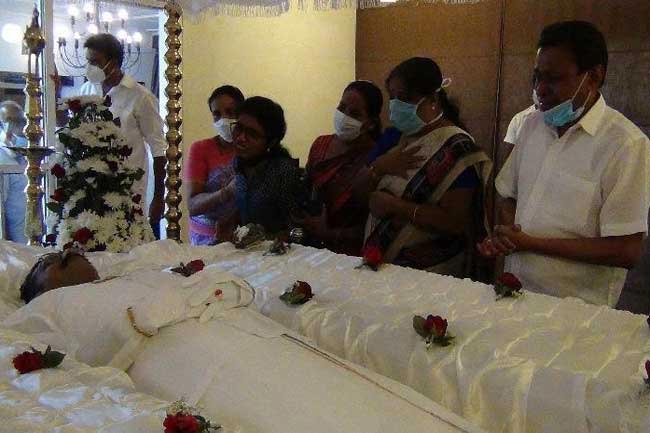 Final rites of late Minister Thondaman on May 31

The final rites of late Minister are set to be carried out on May 31 at the Norwood Grounds in Hatton.

Leader of Ceylon Workers’ Congress (CWC), aged 55, passed away at the Thalangama Hospital last night (26) after suffering a heart attack.

Late Minister Thondanan was a father of three and served as the Minister of Community Empowerment and Estate Infrastructure Development since November 2019.

The mortal remains of the late Minister are currently placed at his home in Battaramulla and will be brought to the parliamentary premises tomorrow (28).

Meanwhile, no estate workers had reported for their work today due to the demise of Minister Thondaman, stated Ada Derana reporter.