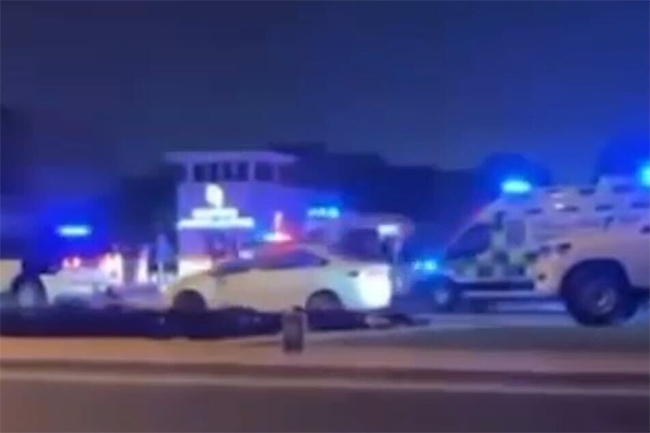 A security guard at a residential compound in the Al Waab area of Doha, Qatar was shot late on Wednesday evening, after allegedly requesting a young man’s ID upon entry, residents of the compound informed Doha News.

Witnesses said that the shooter was a young Qatari man who attempted to enter the compound, together with a female passenger in the same vehicle, but was denied entry by the security guard for not presenting his ID.

The alleged murderer then reportedly drove away from the compound before returning to shoot the security guard.

The victim is believed to have been a Sri Lankan national. The witnesses said the victim and his colleague were shot more than once.

Based on various testimonies by witnesses and residents, the former died at the scene, while the other security guard was rushed to a hospital.

Doha News has contacted the Sri Lankan embassy in Qatar, but they declined to comment.

A heavy police presence was at the scene late into Wednesday evening, while helicopters were seen hovering above. One resident told Doha News that she was not allowed back into her house for several hours.

According to a Doha News source, police were able to arrest the gunman almost immediately after the attack and he has now been referred to the public prosecutor’s office. The same source told Doha News that the gun used by the attacker was unlicensed and that an investigation is currently underway into how he obtained the weapon.

According to one of the compound’s residents, the deceased security guard was a father of three and was supposed to return to his home country later this year, as his contract was coming to an end.

The local community is currently raising money to support the victim’s family.

Incidents involving gun violence in Doha are extremely rare, hence Wednesday’s shooting has caught the attention of many.

Earlier this week, the Qatari capital was ranked as the second safest city globally after Abu Dhabi, according to Numbeo’s “Crime Index by City 2022” report, which covered a total of 459 cities across the world.