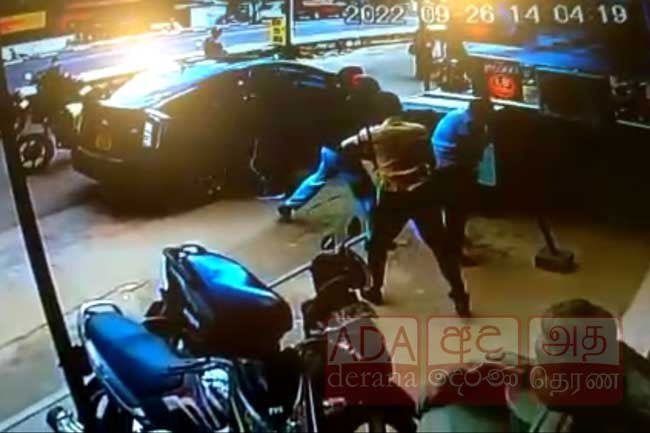 A member of the Rajanganaya Pradeshiya Sabha has been arrested in connection with the attempted armed robbery of Rs. 22.3 million in cash near a private bank in Thambuththegama yesterday, police said.

The arrested suspect is a Sri Lanka Podujana Peramuna (SLPP) member of the Rajanganaya Pradeshiya Sabha while he is accused of aiding and abetting the suspects arrested over the robbery attempt.

Two suspects had been arrested along with a firearm while attempting to flee after robbing more than Rs. 22 million in cash from a businessman near a private bank in Thambuttegama yesterday (26), as a result of the heroic efforts of a police officer.

The incident had occurred at around 2.00 p.m. yesterday while a businessman from the Thambuttegama economic center was bringing approximately Rs. 22.3 million in cash to be deposited at a private bank in Thambuttegama.

The police officer involved in the incident, Sergeant D.A.C. Buddhika Kumara attached to Thambuttegama Police, later told reporters that in addition to attacking him with chilli powder, the suspect wielding the firearm had also attempted to shoot him and that despite pulling the trigger the weapon had not discharged.

The two arrested suspects, aged 48 and 50, are said to be residents of the area while a 12-bore rifle, a bullet, a large knife and the motorcycle used by them were also taken into custody by the police.