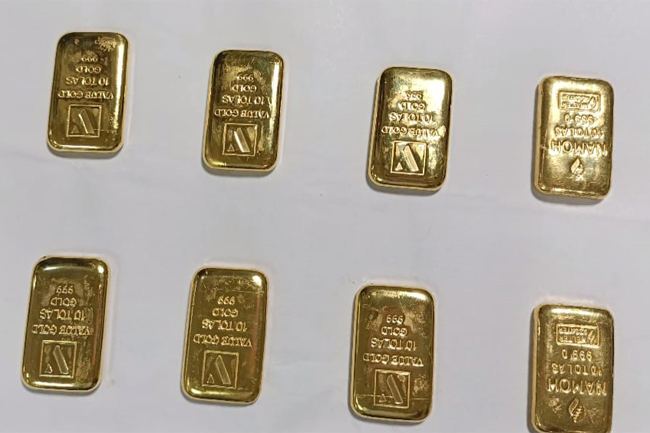 A senior airport security officer has reportedly been arrested by Sri Lanka Customs Narcotics Control Division, while trying to smuggle eight gold biscuits weighing approximately one kilogram, worth around Rs. 20 million, out of the Bandaranaike International Airport (BIA) premises.

The suspect has been identified as a 40-year-old senior airport security officer who is residing in the Kelaniya area.

The officials of Sri Lanka Customs Narcotics Control Division suspect that an Indian passenger who had arrived from Dubai this morning (Sep 27) might have handed over the gold biscuits to the security officer in question within the airport premises.

The arrest was made by the officials of the Sri Lanka Customs Narcotics Control Division when he was trying to pass through the customs area of the airport arrival terminal by hiding the gold biscuits in his trouser pockets.

Customs officers of Katunayake Bandaranaike International Airport have detained the concerned security officer and initiated further investigations regarding the incident.