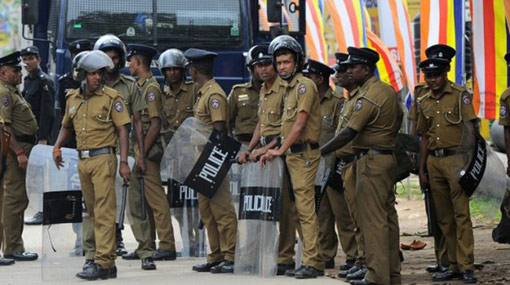 Police curfew has been imposed again from 8.00pm today to 6.00am tomorrow within the Kandy administrative district, the Police spokesman said.

The police curfew was imposed in the Kandy administrative district from 3.00pm yesterday (5), due to the unrest in the Teldeniya and Digana areas, and was subsequently lifted at 6.00am this morning.

However, police curfew was once again imposed in Pallekele and Teldeniya police divisions in Kandy from 11.0am today until further notice.

Meanwhile in accordance with the Public Security Ordinance (Part II), the President has declared a state of limited emergency for a period of one week.

The following reasons were listed for declaration of emergency:

1. The acts of violence and criminal activities taken place in the last two weeks.
2. The deaths and distraction of properties as a result of those violent acts.
3. The resulted religious disharmony and unrest due to those acts
4. Attacks of properties, religious places and transport vehicles causing damages, and
5. Continuation of these criminal acts unabated.

Some of these acts have taken place in a violent atmosphere, while some others were by organized groups, the PMD said.

In order to control this situation, it became necessary to impose limited emergency under the Public Security Act (Part II) as an essential step.

Hence, the government has decided to impose limited emergency for a limited period of one week under the Public Security Act (Part II) to reestablish the secure atmosphere, restore normalcy in public activities, maintain essential supplies and services and maintain peace.

Under the regulations that come to effect with the declaration of state of emergency, the police and tri services have been empowered with required legal powers to deal with the situation.

The President has instructed the police and security forces to deal quickly and impartially against any person who attempts to cause criminal acts or infuse religious unrest irrespective of the religious or ethnic identity or party alliance.

The President has given special instructions to police and tri forces to use the emergency regulations appropriately and legally for the welfare of the people and ensure that public is least inconvenienced and the human rights are not violated.